Arguably one of the biggest drivers of innovation in the regtech industry has been the movement to accelerate adoption of the FATF’s Recommendation 16 – commonly referred to as the Travel Rule. That expansion has sparked a wide range of new developments, initiatives and solutions, which we cover in this article. 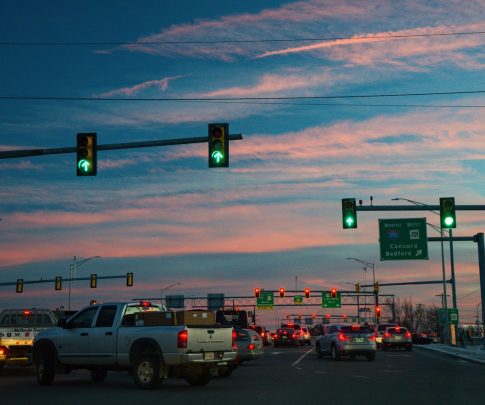 2020 has been quite a year. If there is any word that could sum it up neutrally, it would probably be ‘disruptive’. But while it’s easy to focus on the negative developments and changes that took place during the past 12 months, the reality is that 2020 has also witnessed a profound acceleration and evolution in the FinTech and RegTech industries – both from a technological and a regulatory perspective.

Arguably one of the biggest drivers of innovation in the RegTech industry has been the movement to accelerate adoption of the FATF’s Recommendation 16 – commonly referred to as the Travel Rule – by Virtual Asset Service Providers (VASPs), which have been included in the Recommended since June 2019. That expansion has sparked a wide range of new initiatives and solutions to facilitate adoption and implementation of the Travel Rule for VASPs, both from regulatory authorities around the world, and in the RegTech industry.

The Travel Rule has therefore been one of the key themes covered in our Knowledge Base this year, and it has also been a major focus of development in our technological offerings.

That’s because the FATF’s Travel Rule is important: it sets clear guidelines on what kind of information national authorities around the world should be compelling VASPs to collect for transactions of over $1000 they facilitate on their networks. Countries that do not comply with FATF regulations face being placed on one of the organization’s watchlists, which can result in serious problems doing business in the FATF’s network of 39 signatory members, which includes most of the world’s major economies.

Specifically, the Travel Rule stipulates that VASPs, like other financial institutions, should be able to collect and share the following data with regulators:

As national regulators around the world have begun to grapple with the intricacies of transposing the FATF Travel Rule into their own law codes, and then enforcing it, the VASP and broader cryptocurrency industry has also been reacting in different ways.

For an industry that was largely created on the back of a philosophy of decentralization and deregulation, the prospect of being subsumed into the ‘compliance web’ has not been welcomed – or easy to implement – for many industry players.

Nevertheless, the Travel Rule is here to stay. And while 2020 may have seemed like time was standing still for many – there were plenty of new developments when it comes to the Travel Rule and how it is being implemented around the world.

So, without further ado, here’s our roundup of the key Travel Rule developments for 2020:

As expected, countries around the world have been taking concrete steps to transpose FATF Recommendations into their national laws, and have begun rewriting their financial laws to include clear references and guidelines for VASPs. While many might have thought that this would be a headache for VASPs that have been operating with relative autonomy and freedom in certain jurisdictions until now, in reality, the move towards greater regulation has been welcomed by many.

In Ireland for example, the country’s lawmakers finally transposed the EU’s Fifth Anti-Money Laundering Directive (5AMLD) into its national law code in August, bringing VASPs within the same regulatory framework as the broader financial industry. This was welcomed by many VASPs in the country, who had seen their ability to do business with the broader EU being negatively affected by the country’s delay in 5AMLD adoption.

The trend of regulating VASPs as other financial institutions has also been ramped up in the UK, with the country’s Financial Conduct Authority (FCA) compelling all crypto businesses within its jurisdiction to submit an application outlining how they are going to comply with 5AMLD (which the UK is still complying with post-Brexit) by January 2021. Failure to submit an application can lead to the VASP having to cease all UK-based activity.

Other jurisdictions to ramp up Travel Rule implementation – ranging from transposing into national law codes, getting VASPs to plan for implementation, and actual enforcement – include the EU, Japan, Switzerland, South Korea, and more. In October, the U.S. Financial Crimes Enforcement Network (FinCEN) also proposed amendments to the country’s Banking Secrecy Act (BSA) which would see the reporting threshold for transactions being drastically reduced from $3,000 to $250, which if realized, will establish a much larger regulatory net for Travel Rule compliance.

In July this year, the FATF released its 12-month review of how countries and VASPs were progressing in the adoption of its expanded Travel Rule guidelines. In the report, the FATF noted that of 54 countries reviewed, 35 had made significant progress in implementing the new guidelines.

Some of the key challenges to implementation identified in the report were the economic stresses and general disruption caused by the Covid-19 pandemic, and inadequacies in the technical infrastructures and capabilities of both VASPs and regulators in reporting and regulating transactions.

Nevertheless, the FATF held off from taking too harsh a tone in the review, expressing a degree of understanding for the challenges to adoption, and announcing the establishment of a Virtual Asset Contact Group for key stakeholders in the VASP space, regulators and its own policy experts to discuss and explore solutions for the adoption and implementation of its revised guidelines.

As Travel Rule adoption and implementation has accelerated around the world, so too have innovations and efforts to find technological solutions to facilitate compliance. Indeed, there are now a number of exciting projects and solutions specifically designed for VASPs and other financial institutions to comply with the Travel Rule, without draining enormous resources on manually – and expensively – managing compliance with large legal teams.

KYC-Chain’s partner network SelfKey has created one such solution: The SelfKey Compliance Hub, which provides a complete, ‘end-to-end’ technical and legal solution for VASPs to comply with the Travel Rule. It achieves this through secure exchange-to-exchange messaging using decentralized identity claims on the SelfKey network, whitelisting compliant VASPs and thereby minimizing data sharing and the risk of data breaches.

Other projects have also been developing exciting solutions, each of which has different benefits for different situations. One of our recent articles has explored some of the most prominent and what they offer, and how they are all contributing to a more dynamic and resilient ecosystem for VASPs and crypto to flourish going into the future.

KYC-Chain is proud to be part of this global movement. Through the efforts of a range of forward-thinking companies, the crypto space is slowly but surely asserting itself as a respectable and dynamic dimension of the global financial industry. It is managing to do this while remaining relatively decentralized, secure and becoming well-defended against exploitation by criminal actors, and in the process extending financial services to millions of people worldwide who had been previously left out of the traditional financial sector.

At this pace of development and evolution in the space, 2021 and the future beyond are looking more exciting than ever.