What is the Patriot Act and How Does it Impact AML?

The Patriot Act represents the beginning of modern anti-money laundering and know your customer legislation. In this article we explain the impact it has had and what business owners need to know going forward. 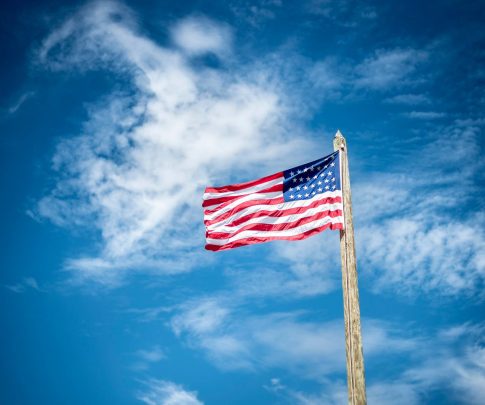 Very few pieces of legislation have impacted the fight against money laundering and terrorist financing like the Patriot Act. That being said, many people are unaware of what the Patriot Act actually is and how it helped shape the international legislative landscape. For those of us who are compelled to abide by AML and CTF legislation, it makes sense to understand the history that has led us to where we are today.

Laying the groundwork for the Patriot Act

To understand what the Patriot Act is, we need to go back in time, because prior to the 1970s, money laundering was not a major focus for law enforcement agencies in most countries. Instead, governments were preoccupied with the drug trade, which was considered the bigger issue, whereas money laundering was just an unpleasant side effect.

In fact, prior to 1986, drug dealers were able to retain their assets in the United States and would have access to their profits once they left jail. However, the war on drugs was about to change that.

The original groundwork for the Patriot Act began in 1970 with the Bank Secrecy Act (BSA). The BSA, for the first time, required other countries to help the US government combat financial crime. In addition to that, the BSA worked towards preventing financial institutions from being used in money laundering schemes.

In 1989, the Financial Action Task Force (FATF) was formed. This was the first inter-governmental body aimed to specifically combat money laundering, terrorist financing, and other threats to the financial system. The FATF started with 16 members, and has now expanded to encompass 39 member countries.

The task force makes recommendations to its members, although it has no actual legislative power. That being said, the FATF has a “black list” of countries that are non-cooperative and do not have adequate procedures in place to prevent money laundering and terrorist financing. This has proven to be quite effective in fostering change. The FATF also actively works with countries to improve their standing and get them off the black list if they are open to it.

What is the Patriot Act?

Prior to the terrorist attacks of September 11, 2001, international terrorism was not a focus for most governments. A greater focus was placed on domestic terrorism, which was much more common. The tragic events of 9/11 had a major effect on money laundering regulations on an international level.

The Patriot Act (the full title is the Uniting and Strengthening America by Providing Appropriate Tools Required to Intercept and Obstruct Terrorism Act — USA PATRIOT) was introduced as a direct response to 9/11, and gave the United States government sweeping new powers to fight terrorism. While the Patriot Act covered a variety of anti-terrorism efforts such as wire tapping and surveillance, the main part of the Patriot Act that focused on money laundering was Title III provision — the International Money Laundering Abatement and Financial Anti-Terrorism Act of 2001.

The specific purpose of Title III of the Patriot Act was to increase counter-terrorist financing measures, thereby preventing terrorists from obtaining funds to purchase weapons and indoctrinate new members. Terrorist financing can come from legal sources such as donations, foreign governments and businesses, so it can be extremely difficult to detect.

Title III provides clearer guidelines for the international community, and stricter rules surrounding financial activities. Additionally, the title also broadens the definition of what money laundering actually is to include computer crimes, misuse of public funds, and bribing election officials.

Additionally, Title III of the Patriot Act changed parts of the 1986 Money Laundering Act in order to strengthen banking rules regarding international money laundering and terrorist financing. This was done by requiring financial institutions to expand their anti-money laundering (AML) programs and also increase due diligence reports on foreign bank accounts.

It also aimed to open up channels of communication between law enforcement and financial institutions across borders. Once the US introduced these laws, the rest of the world followed shortly after. Specifically, the FATF added counter-terrorist financing measures to its list of recommendations for member countries.

How did the Patriot Act impact AML?

AML stands for anti-money laundering and describes processes designed to fight the flow of illegally acquired money back into the financial system. As part of their regulatory duties, financial institutions are compelled to implement a number of procedures aimed at preventing money laundering from occurring on their watch.

You can get a much clearer understanding of anti-money laundering here, but for now it suffices to say that risk factors include a customer’s location, presence on a sanction list or suspicious activity, among others.

One crucial component of AML is Know Your Customer (KYC), which ensures that banks, businesses, and other financial institutions identify and authenticate a person’s identity before doing business with them.

If you have ever opened a bank account, you know that you are required to provide information like a government ID, home address, date of birth and social security number. This is to ensure that you are indeed who you say you are, and this information is subsequently checked against terrorist watchlists, sanction lists, and politically exposed person lists.

Banks, institutions and even startups, therefore, are able to determine the risk profile of an individual and decide preemptively whether a business relationship is tenable. In many cases the business will then apply an appropriate level of due diligence to that customer before and during the relationship.

You can read more about customer due diligence here, but for now all you need to know is that there are different levels of due diligence which correspond with the varying risk profiles. The three standard ones are:

These categorizations are a direct consequence of the Patriot Act, which introduced many of these widely used concepts for the first time. Additionally, the Patriot Act compelled countries, for the first time, to work together to fight terrorism and money laundering. Another major change was the expansion of the definition of money laundering, as previous definitions had been surprisingly narrow and limited.

Today, both AML and KYC are now considered standard practices and are common terms to hear in the financial industry. It’s important to understand that prior to the Patriot Act, there were only very few procedures in place to actively prevent money laundering. Considering how much AML legislation is now in place, it is remarkable how much of it was kickstarted by the Patriot Act.

Has the Patriot Act been misused?

What many didn’t know at the time was how much of an impact the 9/11 terror attacks were going to have on the future of money laundering. Prior to the terrorist attacks, money laundering, especially on an international level, was not a major concern. The attacks, and the legislation that followed, changed the future of the financial industry and we continue to notice the effects of it today. While parts of the Patriot Act have expired (in particular those regarding sweeping government surveillance privileges as leaked by Edward Snowden), the legislation regarding counter-terrorist financing and AML still remains.

Although the Patriot Act was intended to be a force for good, it did also give the US government sweeping powers that have been misused, specifically when it comes to surveillance and the right to privacy. The now notorious NSA wiretapping scandal for example, shed some light on how these powers were being misused, when Edward Snowden ‘blew the whistle’ on the practice during the Obama administration.

The American Civil Liberties Union (ACLU) believes that the unlimited power granted to the United States government was unconstitutional, and many are inclined to agree with them. The fact that the US National Security Agency can monitor anyone without any recourse is certainly a cause for concern. However, as of March this year, the wiretapping program (at least for domestic phone calls and texts) was shut down and is set to expire without renewal at the end of 2019.

Whether you believe the Patriot Act was a force for good or for bad, you can’t deny that it has changed the financial industry forever. Although money laundering is certainly not a thing of the past, it has become increasingly complex as financial institutions all over the world are taking the subject much more seriously and are actively working to prevent it.

It will be fascinating to see how AML processes manage to adapt to the threats posed by ever-evolving criminal ingenuity.