What is the Financial Action Task Force (FATF)?

In 1989 the G-7 established the Financial Action Task Force (FATF) in order to help fight the rising tide of international money laundering. Importantly, FATF cannot pass legislation, but instead provides a framework, which the 38 member states try to implement. 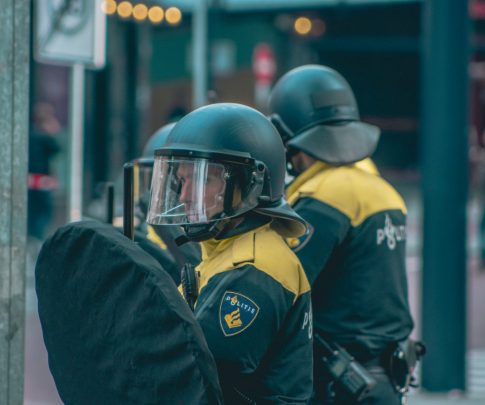 It makes sense for countries all over the world to employ similar best practices when fighting money laundering, terrorist financing and other threats to the international financial system. This is what the FATF aims to provide.

Headquartered in Paris, the FATF is a powerful inter-governmental body that has taken on a range of responsibilities.

What does the FATF do?

On its website, the Financial Action Task Force describes itself as a “policy-making body” which works to generate the necessary political will to bring about national legislative and regulatory reforms in these areas.”

More specifically, the FATF has produced a series of Recommendations, which outline a blueprint for states to fight financial crime more effectively. These recommendations aim to provide a standard that can be applied in any corner of the globe and regardless of the size of the state.

First set up in 1990, specifically to fight money laundering in the illicit narcotics trade, the recommendations have evolved over time and now include terrorist financing as well as the proliferation of weapons of mass destruction. You can find the document here.

Furthermore the FATF monitors each member state and identifies risks on the national level as well. The understanding is that a group is only as strong as its weakest member, and therefore it is vital that each state does a good job of fighting financial crime on its home soil.

The evaluation of member states happens through a series of reports. These typically focus on the state’s anti-money laundering and counter-terrorist financing system, comparing what has been implemented with the recommendations laid out by the FATF.

Interestingly, the FATF takes a “name and shame” approach, openly criticising those sovereign nations that fail to acknowledge and implement its AML and CTF recommendations. Although this can rub some leaders the wrong way, the approach seems to be having a positive effect.

What are the FATF recommendations?

The recommendations are at the very heart of the FATF as they provide a framework for countries to fight money laundering and terrorist financing more effectively.

As of May 2019, the FATF makes 40 recommendations in this, evolving, 134 page document, outlining key measures to fight financial crime. For the sake of brevity, I will focus on those measures that affect businesses and organizations.

The first recommendation focuses on evaluating the risks posed by money laundering and terrorist financing. As a business owner you should apply a risk-based scoring model which identifies threats and proposes appropriate counter-measures. Every business has its own unique situation and it is crucial to identify attack vectors preemptively.

To get started, you can download our free AML Risk Assessment example. This is a spreadsheet that shows you how can apply risk-based scoring to a catalogue of different events affecting your customers, your staff and even your affiliates.

Next, it is crucial that all businesses perform customer due diligence. This typically involves identifying your customers (KYC) and ensuring they are not listed on sanction lists (AML) before doing business with them. Additionally, you must have a way of identifying and assessing politically exposed persons (PEPs). Of course, doing this yourself is time and cost-intensive, so compliance solutions have emerged to help automate the process.

Another recommendation involves extensive record keeping. The FATF suggests storing your customers data for at least five years after the business relationship is ended. This helps to ensure that you can quickly comply with an information request from a government body.

The final recommendation I want to discuss here, involves setting up internal controls to minimise the opportunities for money laundering to occur through your business. This not only involves monitoring your customers activity but also implementing a strict permissions system for your employees. It should be unacceptable for example, that an intern has the admin rights to perform a transaction without oversight.

As mentioned previously, these are just a few of the 40 recommendations set out by the FATF. Please consult the FATF website for more details.

How is the FATF governed?

Governance is a crucial topic and the Financial Action Task Force keeps it quite simple. The 36 member jurisdictions form a plenary three times a year. Every year, the plenary votes on a President and Vice-President.

Currently the United States and China occupy these seats, with Marshall Billingslea as President and Xiangmin Liu as Vice-President. Interestingly, Billingslea has renewed the FATF’s focus on counter-terrorist financing, stating in his OBJECTIVES:

“Under US leadership, the FATF will enhance its work on preventing the financing of the proliferation of weapons of mass destruction (WMD) and maintain emphasis on combating terrorist financing.”

Of course, the President changes every year so the FATF Secretariat takes on a vital role in ensuring that long-term goals are met. David Lewis has been the Executive Secretary for over three years and is in charge of day-to-day operations.

Who are the member states of the FATF

The FATF currently comprises 36 member jurisdictions and 2 regional organisations, representing most major financial centres in all parts of the globe.

High-risk countries according to the FATF

The Financial Action Task Force has publicly reviewed the AML and CTF systems of 68 countries, 55 of which took steps to remedy the weaknesses pinpointed by the FATF. Nevertheless, some states either do not acknowledge the recommendations or have not been able to implement improvements.

Below you can see a map of high-risk and monitored countries.

Iran and North Korea represent the highest risk because their financial systems are poorly equipped to prevent money laundering and terrorist financing. Other countries (in blue) include Sri Lanka, Yemen, Botswana, Ethiopia, Pakistan, Cambodia among others.

For business owners, high-risk countries should be included in your AML risk assessment, and customers should be afforded enhanced due diligence.