What is Estonia’s e-Residency and How Can it Help You?

Estonia’s e-Residency program offers a number of unique advantages for those looking to do business abroad. Here’s what you need to know. 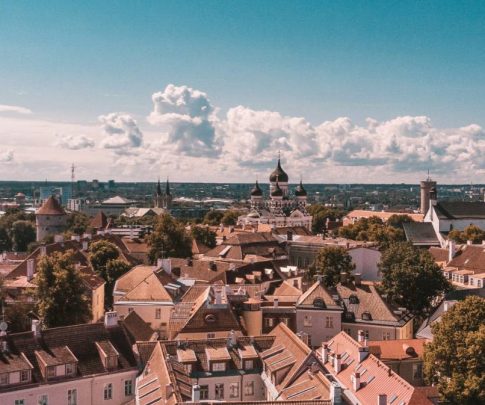 Since leaving the Soviet Union in 1991, Estonia has become one of the most technologically advanced countries in the world. The country’s government has gone paperless and also makes use of blockchain technology to protect sensitive data.

Estonia now offers further benefits for businesses, digital nomads, and freelancers – an e-Residency program. Here’s a comprehensive look at how e-Residency works in Estonia and how it can benefit you.

What is Estonia’s e-Residency program?

Estonia is the first country to offer an e-Residency program, however, it is not the same as citizenship. Essentially, an Estonian e-Residency offers entrepreneurs the opportunity to establish and manage an EU-based company from anywhere in the world. The whole process is also completely paperless and can be done entirely online; you just need to pick up your e-Residency card from the nearest Estonian embassy, or you can pay a visit to Estonia to pick it up.

The program has been extremely popular – so far more than 62,000 people have applied for e-Residency, and most of them have done so for business purposes. Although e-Residency does not offer tax or physical residency, it does offer benefits for those looking to do business abroad.

How to apply for e-Residency

Anyone is eligible to apply for e-Residency provided they are not an Estonian citizen or have a current residence permit to live in Estonia. You should also have a reason for wanting to take advantage of the e-services available in Estonia.

Next, submit your application. At this time you will also need to select your pick up location. The review process takes around four to five weeks, and you may be asked to provide additional information. From there, it takes two to three weeks for your e-Residency package to be sent to your chosen location for pick up.

To pick up your e-Residency package, you will need to bring your government ID and also provide fingerprints. You will receive a digital ID card, which contains a special chip, along with PIN codes that can be used to access the services offered by e-Residency.

The benefits of e-Residency

Thus far, e-Residency works best for freelancers, startups, digital nomads, and entrepreneurs. Becoming an e-resident offers you access to e-services through your digital ID card. The majority of e-services are business-related, as most people choose to apply for e-Residence in order to start and manage a company online.

Here are the main benefits of becoming an e-resident:

How does e-Residency differ from normal residency?

While e-Residency does provide certain benefits, it does not give you the same rights a visa or permanent residency would in Estonia. If you would normally need a visa to travel, live and work in the European Union (including Estonia), having an e-Residency does not negate that.

Having an e-Residency does not affect any visa, citizenship, or current residency in the country that you currently reside in. Essentially, you can view an e-Residency as a way to do business in a technologically-advanced country.

Implications from a tax perspective

According to Estonian tax legislation, someone with e-Residency is determined to be a non-resident. As a result, only income that is earned in Estonia is taxed. However, an Estonian company established by an e-resident is considered to be an Estonian tax resident and as such, an annual tax return should be filed. The taxation rate in Estonia is currently 20%.

While many thought that the Estonia e-Residency would offer an opportunity for tax evasion, that is simply not true. If you earn income outside of Estonia, you are still required to file taxes in your country of residence. The Estonian government makes it abundantly clear that applying for e-Residency does not give you any advantages when it comes to taxation. E-Residency is not a tax residency.

Estonia’s tax system is favorable to investors, however, it does require a company to conduct most of its business in Estonia in order to truly benefit when it comes to taxation. In fact, if most of your money is earned outside of Estonia with the e-Residency, then you may even see an increase in your general taxation from your country of residence if there is an uptick in your income. Estonia does not try to be a tax haven; if it did it would be doing a disservice to the country’s innovation and their e-residents.

That being said, Estonia has developed a tax system that actively supports entrepreneurial growth. For example, there are no taxes on profits that are invested in a company. Additionally, it is extremely easy to file taxes and the process can be done completely online. The Estonian government is actively updating its system to make it more accessible, secure, and user-friendly to anyone filing taxes in Estonia.

When the e-Residency program first began, there was a lot of misinformation being spread. In particular, the French Newspaper L’Express said Estonia was going to become a new tax haven. However, as we mentioned above, this is completely untrue.

Nevertheless, there has been one glaring problem with e-Residency, and that is that having e-Residency does not necessarily grant you the ability to open an Estonian bank account. In fact, unless you can prove that you have strong ties to Estonia (like business or residency), you may not even be able to open an account.

This is because Estonia has strong anti-money laundering (AML) regulations in place. It is great for preventing money laundering, but not so great if you thought you were going to easily open a foreign bank account. International banks tend to have a less rigorous process than local banks. Swedbank used to be the most popular bank in the country, but after its involvement in the Danske Bank money laundering scandal you may want to look elsewhere.

Another issue has been how technologically behind other countries are compared to Estonia. E-Residency outside Estonia is poorly understood, which could lead to potential problems when you are trying to explain why you have a business in Estonia to your local tax authority. We can only hope that with time, other countries will begin to look at Estonia as an example of how to integrate technology and government.

Lastly, there have been security concerns regarding e-Residency. In 2017, Estonia had to freeze all e-resident ID cards because of a security flaw. E-residents were asked to update their security certificate, but a number of errors kept preventing them from doing so. The Estonian government was very open about the problems they were facing, and luckily no data was stolen as a result of the security issue.

While the e-Residency program seems to do a good job of weeding out potential malicious actors, there have been a couple of incidents where e-residents have taken advantage of the system for less than savoury purposes. An e-resident from the Philippines was involved in the liquidation of 60 Estonian companies and had her e-Residency revoked. Another e-resident from India scammed people into purchasing diplomas from a fake Estonian university he created.

As you can see, Estonia’s e-Residency offers benefits if you are looking to start or expand your business into the European market. You also have access to some of the most technologically-advanced countries in today’s world. Given that the application process is very simple and can be done online, it can be worth taking advantage of.

While naysayers have security concerns regarding the safety of personal data for the e-Residency program, so far those concerns have largely been unfounded. It is important to keep in mind that Estonia is a relatively small country, with a population of 1.3 million. It would be interesting to see something comparable to the e-Residency applied in a country with a bigger population.

It will also be interesting to see how governments adapt (or don’t) to a digital world, and so far Estonia has been a leading example. Its paperless government services and use of blockchain technology make it one of the most innovative governments around today. As for what the Estonian government has planned next, we will have to wait and see. They will be upgrading their e-Residency program in 2020, and we look forward to seeing what improvements will be made.