What is Counter-Terrorist Financing

Over the last two decades, terrorist financing has become one of the most devastating financial crimes in the world. It’s always been prevalent, but it wasn’t until the horrendous 9/11 terrorist attacks, that regulators started to give the topic special attention. 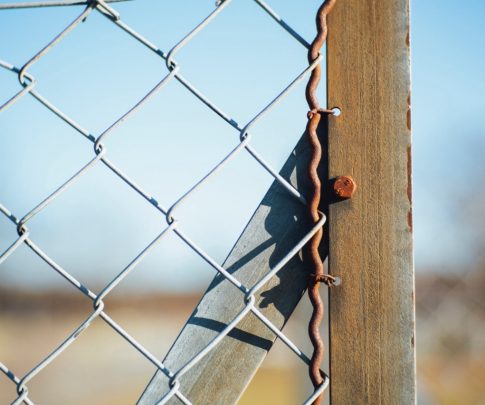 What is Terrorist Financing?

Terrorist financing is about as simple as it sounds — it’s the transfer of money to terrorist organizations. It is closely associated with money laundering, and often transcends national borders.

In order to escape the watchful eye of the regulator, terrorist financing often involves many smaller payments and convoluted payment networks. The logic here, is that the smaller the payment is, the less scrutiny it will be under. A $10 million transfer to a country containing known terrorist organizations is going to draw attention for example. Payments involving lower sums are much more likely to fly under the radar, especially if they are hard to track.

Additionally, terrorists have been very quick to utilize the power of the internet and often find new ways of acquiring funds. One prominent example of this occurred in San Bernardino, when terrorists took out a loan from a large online lending provider. Tragically, the funds were then used to buy weapons and kill civilians.

Additionally, money laundering has a circular life cycle, meaning that money is constantly being laundered to become legitimate. In contrast, terrorist financing ends with the terrorist activity resulting in a more linear life cycle.

The History of Counter-Terrorist Financing

While terrorist financing has been around for a long time, CTF wasn’t truly on the radar until the early 2000s. Prior to 9/11, it was not formally recognized as a core responsibility of financial crime compliance units. Thereafter, The Patriot Act gave the US government sweeping powers to fight terrorism.

The Patriot Act was the first of its kind, and required financial institutions to expand their anti-money laundering (AML) tactics in order to combat terrorist financing.

Although it was established to fight money laundering, the Financial Action Task Force (FATF) started to take a more active role in CTF from 2001 onwards. More specifically, the FATF is an international task force that makes recommendations designed to fight money laundering and terrorist financing — which its 38 members are well-advised to follow.

The FATF uses a technique of “naming and shaming” non-compliant countries, which in turn causes more countries to take a stand against money laundering and terrorist financing. It also draws attention to how common these crimes are in the global financial industry.

Today, most businesses and organizations which involve the payment or transfer of significant amount of funds are required by law to screen each customer. One obvious example can be found in the lending sector, which requires prospective borrowers to upload a proof of address, identity verification and undergo sanctions screenings. This is known as Know Your Customer (KYC) and plays a vital role in CTF.

A less obvious example can be found in Germany, where mobile phone users are required to identify themselves in order to charge their prepaid sim cards. As a result it becomes much more difficult for terrorists to communicate via text messages or calls on so-called “burner” phones.

Of course, there are other procedures that institutions are required to perform in order to prevent terrorist financing. Cash transactions that are over a certain threshold typically require the platform to file a regulatory report. Financial institutions are also required to check transaction parties against a list of sanctioned individuals, companies, institutions, and countries.

Additionally, regulatory bodies publish guidelines for behaviors that should be monitored, and any suspicious activity is reported with a Suspicious Transaction Report (STR) or Suspicious Activity Report (SAR).

As you can imagine, handling the increasingly complex requirements around CTF is time and cost-intensive. To remedy this somewhat, most organizations turn to automated compliance tools, which help to streamline the KYC/AML process and sanctions screenings.

As a result, many platforms use specialised providers like KYC-Chain. This is a plug-and-play compliance software that allows you to onboard customers in a compliant manner, while continuously checking for PEPs and terrorists. If your business is in need of a reliable and scalable compliance solution, make sure to book a DEMO today.