What is a Politically Exposed Person?

A politically exposed person (PEP) is an individual who is or has been entrusted with a prominent public position. 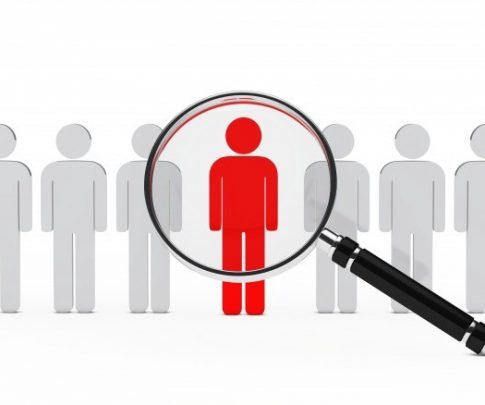 PEPs are higher-risk customers for financial institutions and Designated Non-Financial Businesses and Professions (DNFBPs). This is because PEPs have more opportunities than ordinary citizens to acquire assets through unlawful means (such as embezzlement and bribe-taking) and thus, are more likely to launder money. That being said, being a PEP does not in itself equate to being a criminal or suggest a link to money laundering.

Although there is no universal definition of PEPs, most countries base their definitions on the guidelines created by the Financial Action Task Force (FATF). The FATF defines a PEP as:

The History of PEPs

The term PEP was first introduced in the late 1990s, when the Nigerian dictator Sani Abacha stole billions of dollars from the Nigerian Central Bank over a period of several years and transferred the funds to accounts in the UK and Switzerland.

After Abacha was deposed, the government that succeeded him tried to recover the money and had difficulties doing so — leading to the concept of a “Politically Exposed Person”. In October 2003, the UN Convention Against Corruption entered into effect and became EU law in 2004.

Example 1: Embezzlement of public funds — In May 2008, the former Fairbanks (Alaska) mayor Jim Hayes and his wife were sentenced to 66 and 36 months respectively. They were convicted of illegally diverting government funds awarded to the Love Social Services Center (LSSC), a charity created to aid disadvantaged residents of Fairbanks. The couple was also convicted of money laundering for trying to conceal the diversion of funds, and of filing false tax returns.

Example 2: Foreign bribery — In October 2007, Vladimir Kuznetsov, a former Russian diplomat who once chaired a United Nations budget committee, was sentenced to four years and three months imprisonment and ordered to pay a US$73,000 fine for laundering money and taking a share of the money. Kuznetsov helped a fellow UN staff member to take over US$300,000 in bribes from companies seeking UN contracts.

The goal of PEP regulations is to prevent individuals in positions of power from abusing the trust of the public and financial institutions in order to benefit personally. Requiring institutions to perform necessary due diligence on potential PEPs is a regulatory obligation predicated on the prevention of corruption.

Understanding that a corrupt customer is likely to be operating under a veil of secrecy and deception should have an impact on any firm’s strategy and approach to security. Firms should have automated screening systems in place with “fuzzy matching” capabilities.

Fuzzy matching technologies allow the detection of data matches that are not a 100% match. For example, fuzzy matching could detect a PEP even if they provided an alternate spelling of their name. Rules-based detection could only identify PEPs if the data they supply directly matched an existing list, something they are unlikely to do if they are genuinely corrupt.

It should also be noted that PEPs retain their status for up to one year after leaving their position of influence, as individuals are constantly moving into new politically exposed roles. The FCA has highlighted that institutions may wish to extend this period when dealing with higher risk PEPs, but family members and associates who are not PEPs should be treated as ordinary customers from the point the related PEP leaves the office. Therefore, having systems that can scan customer data in real-time is most effective in analyzing and identifying potential PEPs and keeping their data up-to-date.

Source of Wealth and Beneficial Ownership:

The Money Laundering Regulations (2017) require firms to establish the source of wealth and funds used in a business relationship or transaction, as well as beneficial ownership. Not only are certain PEPs in a position to obtain significant amounts of wealth as a result of corrupt actions, they could be the owner of a far-removed parent company, have controlling influence over the board, or otherwise, control the property of a business entity.

Though it is certainly not illegal to set up a complex business structure — operating through a number of corporate identities and across jurisdictions is often a logical step for global businesses — they can be an effective way for both sanctioned entities and PEPs to circumvent controls. That is unless proper scrutiny and due diligence are applied.

Without a holistic and risk-based approach to data management, the due diligence required to understand the ownership of said structures and detect potential abuses is often duplicated, wasting both company resources and causing disruption to genuine customers.

The risk level of a PEP is in a continuous state of flux throughout their “customer lifecycle”. As a result, they need to be constantly monitored in order to identify relationships, beneficial ownership, sources of wealth, and other important risk factors.

Scanning and understanding any adverse media on customers are also essential. PEPs may have been implicated in public scandals or made prominent in the media for misconduct. In addition to the regulatory risks, an institution could suffer reputational damage as a result of this.

Institutions need to continually follow the news and other media to determine the risk of a PEP. This can be accomplished with automated tools — for example, setting up alerts for newly released stories based on specific criteria — but will require some manual monitoring as well.

Finally, it must be noted that PEPs, like any other customer, can change their address or make other material changes to their accounts. Risks associated with material changes are heightened wherever PEPs are involved.

The changing nature of a PEP’s business and political interests can make manual periodic reviews a challenging prospect for many firms. An annual review of a PEP’s status may be unachievable for some firms or prove inadequate for high-risk PEPs. However, the risk can be managed more effectively with a real-time automated solution that can regularly scan for material changes to a PEP’s account or file.

Ultimately, managing PEPs effectively will come down to constant and consistent due diligence. Institutions that employ innovative tech-based screening solutions with real-time data, fuzzy matching capabilities and appropriate human supervision will be those best prepared to manage this ever fluctuating corruption risk.

There are millions of people around the world in politically exposed positions — and this dynamic data is constantly changing.

At KYC-Chain, we use the latest technologies and integrated PEP databases to monitor new and existing Politically Exposed Persons (PEPs), and their web of connections.