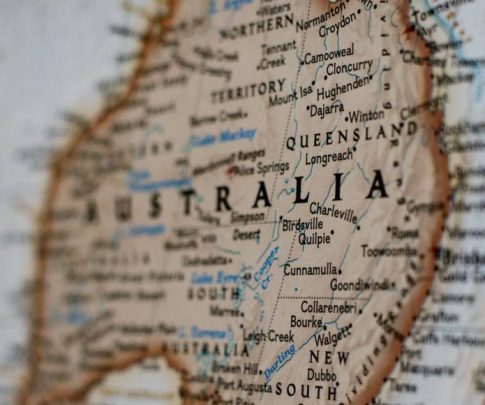 Westpac is currently under fire for an unparalleled scandal which includes an unrepentant CEO, pedophile rings, and a complete disregard for banking regulations. While the story is still breaking, here is what we know so far.

The investigation comes to light

Westpac is Australia’s oldest bank, having been in the country for over 200 hundred years. It is one of the four largest banks in Australia, and is also one of the largest banks in New Zealand. The bank has enjoyed a long and fruitful history in the nation, and it even sponsored the 2000 Summer Olympics in Sydney.

On November 20 of this year, AUSTRAC, Australia’s financial intelligence unit, accused Westpac of breaching money laundering and terrorist financing laws more than 23 million times. Additionally, the bank failed to investigate numerous transactions being sent to South-East Asia which are alleged to have been involved with the exploitation of children.

In total, Westpac is alleged to have not reported or investigated A$11 billion ($7.5 billion in US dollars) in suspicious transactions. To date, this is Australia’s largest money laundering scandal.

If you’ve followed any money laundering scandal in the news, then parts of this story will sound very familiar to you. Westpac’s problems started all the way back in 2010. At the time, most banks were automating their reporting systems to comply with anti-money laundering (AML) and counter-terrorist financing (CTF) regulations. This required software updates for most of Westpac’s computer systems.

However, in 2011 a botched computer system update meant that automatic reporting had never been turned on. This also affected transfers between a number of banks including Deutsche Bank, Citibank, Standard Chartered Bank, Wells Fargo, and others.

To understand how this happened, we have to get a little technical. In order to comply with the new AML and CTF regulations, Westpac had to create something called IFTI converters. The converter is a computer program which analyzes all foreign transactions. It is important to note that a separate IFTI converter needed to be created for each bank that Westpac did business with.

The converter is meant to pass on the information it analyzes to a compliance software called Detica. From there, Detica then creates reports which would normally be sent to AUSTRAC automatically. Somewhere in the system upgrades, IFTI converters to seven different banks never got switched on or were only partially working, which meant that reports were not being sent to AUSTRAC. Reports for transactions between Citibank and Standard Chartered were never switched on.

It took until 2017 for Westpac to notice, when a junior staffer saw that transactions with Standard Chartered were not being reported properly. The then head of Global Transaction Services at Westpac, Di Challenor, ordered an investigation in August of that year. The investigation showed a number of problems, however, the results of the report were never actually given to Challenor or any of the bank’s executives.

It was not until 2018 that Challenor discovered the results of her requested report, and the findings were dire. Challenor, along with the head of anti-money laundering, corruption, and bribery, Amanda Wood, started to put the pieces together. In July of that year, Wood reported their findings to AUSTRAC and was promptly ousted from Westpac as a result.

So far, it has been difficult to determine where exactly all these unreported transactions went and what their purpose was. While some transactions were probably legitimate, the lack of reporting went on for a long time, making it probable that criminals had become aware of the loophole early on.

Payments have been allegedly linked to child exploitation in the Philippines. Frequent, low value transactions were being made from the bank to the Philippines and South-East Asia, which is a typical warning sign of potential child exploitation. According to The Australian Financial Review, some of the payments may have gone to live-streamed child abuse. AUSTRAC claims that Westpac does still not have adequate measures in place to prevent this from happening again.

Westpac has also seen a slew of firings and resignations. Initially Westpac CEO Brian Hartzer was incredibly dismissive of AUSTRAC’s claims, going as far as to say that the allegations were not a big issue. It was a move that spelled the end for Hartzer; as of yesterday he has stepped down from the bank.

Chairman of the bank, Lindsay Maxsted, also resigned (or in his words, retired early). It is likely that more directors will resign as the case continues. Westpac also said it plans to cancel or freeze all executive bonuses, but only if said executives were somehow involved in the allegations. The general public has not been impressed by the bank’s efforts to mitigate the crisis.

It is unclear when a trial against Westpac will begin, but given the scope of the crime, it is believed the bank will take the title for the largest fine in Australia. Each of the bank’s crimes is punishable with a fine of up to A$21 million. When you multiply that by the number of crimes, that figure balloons to almost A$400 trillion.

It also seems likely that Westpac will face a series of class action lawsuits on behalf of their shareholders. It will be interesting to see how the bank faces the scandal, and what they will do to remedy their grievous mistakes.

A symptom of a bigger problem?

Despite a massive inquest into the practices of Australian banks by the Banking Royal Commission, which was completed earlier this year, the nation seems to have a very big problem on its hands. The Financial Action Task Force (FATF) has already criticized Australia’s enforcement of AML and CTF regulations. The FATF will be meeting again in February, and there is hope that it will take some action to help the country get its act together.

With the Commonwealth Bank scandal just coming to a conclusion last year, one would think major banks in Australia would make more of an effort when it comes to AML and CTF procedures. Despite the major differences in both scandals, it’s a strange coincidence that Commonwealth Bank also blamed their issues on computer problems.

All of this seems to be indicative of a much larger problem in Australia. The current AML and CTF laws in the country are far behind what they should be, making it a popular place for criminals. Current AML/CTF laws do not cover lawyers, real estate agents, and accountants, which is a pretty huge loophole. Money laundering and financial crimes do not seem to be a priority for the Australian government; the last update to these laws was in 2006.

However, that may soon change. The Australian Law Reform Commission released a paper on corporate criminal responsibility. The reason why so many higher ups in these types of scandals never see any penalty is because the courts often don’t know who to blame. It’s easy for a CEO to say they never knew what was happening without solid proof. Consistency and accountability need to be a part of any new law that comes into effect when it comes to financial crimes.

Given that most of these cases in Australia are settled on a civil level, there have also been calls for the penalty ceiling to be raised. Many argue that the penalties for civil cases for financial crimes should be just as high as criminal ones, then the punishment will be a bigger deterrent for all.

Unfortunately for Australians, and anyone doing banking there, all of the major banks have faced scandals over the years. Additionally, most of the major banks actually own smaller banks, which may not always be in the clear either, so finding a decent bank might be harder than anticipated.

It will certainly be interesting to see what happens regarding this money laundering scandal, and what penalty Westpac will face for its lack of compliance. AML and CTF procedures are vital to prevent financial crimes and terrorist financing, however, after the many scandals of the past few years, clearly more needs to be done. For too long, financial institutions have gotten away with doing the bare minimum to be compliant.

Australia clearly has a major compliance issue given how much money laundering has taken place there. But it goes beyond just this country – money laundering is an international problem and one that is not going to go away any time soon. Most major banks across the world have come under fire for failing to follow regulations and allowing criminals to continue their businesses. Stricter regulations need to be in place, and the penalties need to be stronger.

We can only hope that as time goes on, we will see these improvements. Financial institutions and big businesses need to pay for their crimes.