As Ultimate Beneficial Owner (UBO) transparency becomes a vital feature of the financial crime landscape, regulatory authorities around the world are strengthening and expanding their reporting requirements for companies. 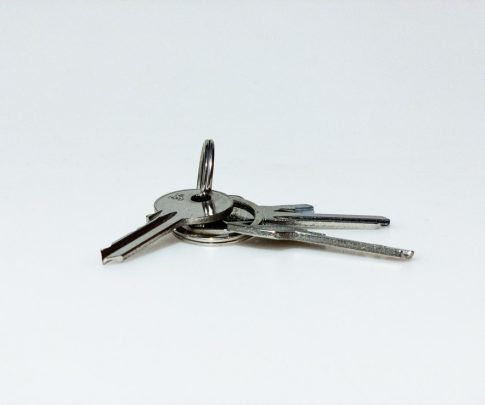 The concept of UBOs is not new – the idea has been around since the late 1980s, and in most jurisdictions refers to anyone who has a minimum 25% stake in a company, either directly or through another entity. But in the last decade, it has become a central area of focus for global regulators seeking a transparent and detailed view of corporate ownership structures.

UBO reporting requirements vary significantly around the world. However, there is a clear trajectory towards greater transparency and less anonymity being followed by most of the world’s leading financial centers, including the UK, EU and US.

UBO Reporting and the EU’s 5AMLD

Introduced in 2015, the EU’s 4th Anti Money Laundering Directive (4AMLD) established new rules that EU member states had to follow in order to strengthen their financial systems’ defenses against criminal activity, which included compelling them to gather “adequate, accurate and current information” about the Ultimate Beneficial Owners of companies registered in their jurisdictions.

Though it wasn’t mandatory to have this information accessible to the general public, UBO data was meant to be accessible to obliged entities such as banks and anyone “with a legitimate interest”.

With the adoption of the 5th Anti Money Laundering Directive (5AMLD) earlier this year, the EU expanded its requirements for member states, and the companies operating within them. 5AMLD brought in new rules on how accurate and systematized the data kept on UBOs needs to be, and outlined the types of sanctions that could be enforced on companies that did not comply.

Under 5AMLD, individual EU member states were compelled to establish centralized databases for companies registered in their jurisdictions by January 10th, 2020. These registries will need to be connected to a pan-European platform by March 10th next year.

That being said, while this is what is stipulated in 5AMLD, implementation is far more complicated. Some countries, such as the Netherlands and Luxembourg, have already attempted to prevent the disclosure of certain UBOs in their national registers through a loophole that allows for UBOs to be omitted from company reporting requirements if that disclosure might endanger them. Minors listed as UBOs of trusts are also exempted from reporting.

There is also the issue of how compliance is actually going to be achieved. There have been concerns raised that reporting requirements being enforced by individual member states vary substantially across the EU, and that this is going to make the establishment of a uniform, truly comprehensive pan-European business registry very difficult in practice.

However, though there might be significant challenges and areas of resistance to the new requirements, the ultimate outcome is clear: transparent UBO reporting is set to become the status quo in the bloc, though when exactly that will happen remains uncertain.

Even before the adoption of 5AMLD, the UK was considered one of the leading countries in terms of business registration infrastructure, laws and transparency, with its Companies House registry keeping detailed, publicly-accessible records of companies registered in the country, including their corporate appointments.

The UK was the first country in the EU to introduce legislation forcing companies to register their Persons of Significant Control (PSC) – the UK’s preferred terminology for UBOs – with the national registry, which it did in 2016.

While the UK has already left the EU, its laws continue to be aligned with the bloc until the end of the year, and it is expected to continue being one of the leading countries when it comes to UBO transparency for its registered corporate entities.

UBOs in the US

Even though the US has long been considered a leading authority and proponent of global AML/CTF regulations, reporting requirements for companies in many US states can be very relaxed. State authorities are granted significant control over how much information they can compel companies to report on within their jurisdictions, with many not requiring disclosure of UBOs.

That has been the reason why certain US jurisdictions, such as Delaware and Wyoming, are considered to be bastions of secrecy for corporate ownership.

However, that may be changing. In 2019, the US House of Representatives passed The Corporate Transparency Act 2019, which would require anyone who has registered a corporation or LLC in the US “to report, on an ongoing basis, to the U.S. Department of the Treasury, Financial Crimes Enforcement Network (FinCEN) the identities of the ‘beneficial owners’ of the U.S. Company.”

While it is still far from certain if the bill will actually pass through Congress – and if it does, be approved by whoever is President after November 3 – the fact that such a bill has made it through the lower house shows that UBO transparency is firmly in the sights of regulators in the country too.

If companies, banks and member states are going to be able to actually implement the UBO reporting requirements being enforced by national and international regulatory regimes, heavy investment in technology that makes this possible – and credible – is going to be essential.

Reporting UBOs is not simply a one-off task that companies need to make when they register with national registries; it needs to be ongoing.

And the dangers of non-compliance are not only limited to the companies that fail to report their ownership structures accordingly; companies or Financial Institutions seeking to do business with companies that are not compliant with regulatory directives will do so at the risk of being sanctioned themselves.

Luckily, there are technological solutions to these challenges. And KYC-Chain is at the forefront of bridging the gap between regulatory requirements and the complexity of actually implementing them.

The ability to run wide-reaching, comprehensive and detailed checks on companies and individuals is already a cornerstone of global KYC compliance. In the age of extensive AML regulation and reporting requirements, KYC-Chain’s platform makes compliance not only possible, but faster and simpler too.