How was over $20 billion laundered out of Russia over the course of four years? Read the full story of the Russian Laundromat. 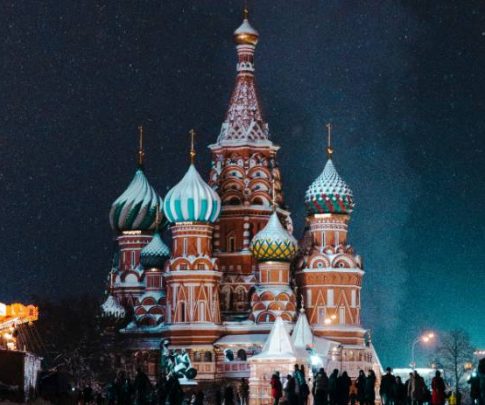 A few weeks ago, we wrote a story on the Azerbaijani Laundromat, a case in which nearly nearly $3 billion was moved out of the small country over the course of two years. However, there is a case that is far larger, with many moving parts, that is still very much in the public eye – the Russian Laundromat.

From 2010 to 2014, at least $20.8 billion of dirty money was moved out of Russia through some of the world’s largest banks and no one said a word. In this article, we cover the entirety of this bizarre case, and what could have prevented it.

The Russian Laundromat (also known as the Global Laundromat or the Moldovan Scheme) follows a similar pattern to many of the other money laundering scandals we have covered, but with an extra twist. As with all money laundering cases, the purpose of this scheme was to make illegally earned funds appear legitimate through an elaborate process. While $20.8 billion of laundered funds have been discovered, many believe the actual total is upwards of $80 billion.

The actual process to launder the funds was ingenious. First, two shell companies would be set up, secretly belonging to Russian money launderers but nearly impossible to trace. The majority of the shell companies were based in the United Kingdom, Cyprus and New Zealand. Company A then became a creditor to Company B by appearing to lend a sum of money, but no money actually changed hands. The “debt” was guaranteed by a Russian company, but crucially the deal always involved a Moldovan citizen.

Company B would then default on this imaginary loan, and Company A called in a guarantee to be paid out by the Russian company that guaranteed it. Because the debt involved a Moldovan citizen, the case had to be resolved in Moldovan court. Those involved in the scheme had several corrupt Moldovan judges in their pockets, and the judges would issue a court order stating that the Russian company had to repay the debt of Company B.

From there, the Moldovan court appointed an executor (who was in on the scheme) to arrange the transfer of funds. The executor would then open a bank account at Moldindconbank and the Russian company would send the money to repay the “debt”. The laundered money was now legitimized and ready for use. Some of the money was used to purchase luxury goods directly, but most of it was moved to a Latvian bank, Trasta Komercbanka, then through a number of shell companies to bank accounts all over the world.

In total, 21 different shell companies were set up and the money was distributed to bank accounts across 96 different countries. The Russian Laundromat started in October 2010 and ran until the spring of 2014. Those behind the scheme were the rich and powerful Russian elite who had made their fortunes by dealing with the Russian state. Some had direct ties to Vladimir Putin.

No One is Watching

What perhaps makes the Russian Laundromat so unbelievable is the fact that the dirty money made its way through thousands of bank accounts in many major banks and not a single red flag was raised. Banks were clearly not performing their due diligence when it came to understanding who was benefiting from these transactions.

However, it is important to note that in the early 2010s, anti-money laundering (AML) and Know Your Customer (KYC) procedures were still very much in their infancy. Money laundering was not a federal crime in the United States until 1986, when the Money Laundering Control Act was passed.

Prior to the terrorist attacks of September 11th, 2001, money laundering was primarily dealt with on a national level. It wasn’t until the Patriot Act was passed directly following the attacks, that an international element to money laundering prevention was passed into law. Under the Patriot Act, financial institutions were required to expand their AML programs and also increase due diligence reports on foreign bank accounts.

In theory, less than ten years later, when the Russian Laundromat began its operation, someone should have seen something. However, there were still many loopholes that those behind the scheme managed to exploit, and AML regulations weren’t nearly as strong as they are today.

The majority of the shell companies were created in the United Kingdom, and Scotland played a big role. Approximately £4 billion was passed through six shell companies in Scotland, which is a massive amount for a country of its size. Some of these companies were set up as Scottish Limited Partnerships (SLPs), which meant that the ultimate beneficial ownership of these companies did not have to be divulged, and there were no filing requirements. Had the Russian Laundromat tried to do this today, it would have been a lot harder to set up.

In total, all major British banks handled laundered money at some point, but it was truly a global operation. Financial institutions such as Danske Bank, HSBC, the Bank of China, Nordea Bank, Citibank, Deutsche Bank, and many others all received dirty money.

The Winner Takes it All

The Russian Laundromat was initially discovered in 2014 through an investigative report by the Organized Crime and Corruption Reporting Project (OCCRP). At the time of the initial report, the Moldovan authorities were starting to look into the insanely large number of debt settlements that took place in their courts. However, in 2014 the details were still incredibly fuzzy.

In 2017, the OCCRP, in collaboration with Moscow newspaper Novaya Gazeta, received bank records which revealed the full extent of the plot and gained international attention. That being said, the pursuit of justice in this case has not been easy.

After the 2014 story by the OCCRP, it looked like Russian authorities were going to work together with their Moldovan counterparts and the outlook was optimistic. However, Russia has ultimately done nothing to prosecute those responsible, which isn’t surprising when you factor in how many of them were part of or related to the Russian elite.

Moldova has been more successful when it comes to properly punishing those related to the scheme. Criminal cases were brought against 16 judges for their roles in the plot. A Moldovan businessman by the name of Vyacheslav Platon was arrested in 2016 and is the alleged mastermind behind the Russian Laundromat. Platon was a former MP in Moldova and a shareholder in Moldindconbank, which was exclusively used by the laundromat.

Two banks in Russia, RZB and Baltica, shut down their operations after the scandal came to light. Deutsche Bank was also investigated for the role it played. Additionally, Trasta Komercbanka, where most of the money was funneled into the European Union, was shut down in 2016 for failing to comply with money laundering regulations.

Last year, German authorities seized €50 million in connection to the Russian Laundromat. An investigation into three suspects was launched alongside the seizing of funds, but it is unclear if anything came of it. As for the rest of the money? No one really knows where it is.

It’s not exactly clear why the Russian Laundromat stopped running, but one can speculate the investigation into the Moldovan courts rulings scared off the perpetrators. All of the shell companies were dissolved by 2016. Ultimately, the laundromat just changed its tactics. Just last year the Troika Laundromat was exposed, also operating out of Russia.

Overall, justice hasn’t been served, and at this rate it is unlikely that it ever will be. There has been no true investigation into the laundromat and no effort has been made to prevent it from happening again. International regulations can become stricter and stricter, but none of it is going to matter if the rules aren’t followed and there are no repercussions.

Conclusion – It’s not going to stop

There’s no denying that money laundering is an international problem, however, it’s clear that Russia is a big part of the problem. Last year, Europol claimed that the country is the biggest money laundering threat in Europe. Russia has been at the heart of almost every major money laundering scandal in the past few years, including the largest one in Europe, Danske Bank. It is a giant problem that is not going to go away any time soon as long as the operations remain successful.

In a bizarre turn of events, the Financial Action Task Force (FATF) issued a report at the end of 2019 praising Russia for its measures to combat money laundering and terrorist financing. The country was given a high score for being compliant, despite the fact its citizens continue to be embroiled in money laundering schemes year after year and are never punished for their involvement. For a country in which banks routinely ignore AML regulations, it’s bizarre that the FATF would claim that Russia is compliant, let alone successful at doing so.

There needs to be a massive change in how Russia itself deals with AML regulation, and regulatory bodies need to step up and punish those responsible. Will it ever happen? That remains to be seen.