The History Of Money Laundering

Money laundering is a practice almost as old time itself. From as early as 2000 BCE, wealthy Chinese merchants would move their profits outside of China, as the government did not support commercial trading. They would then reinvest their smuggled funds into other enterprises, a technique still used today. 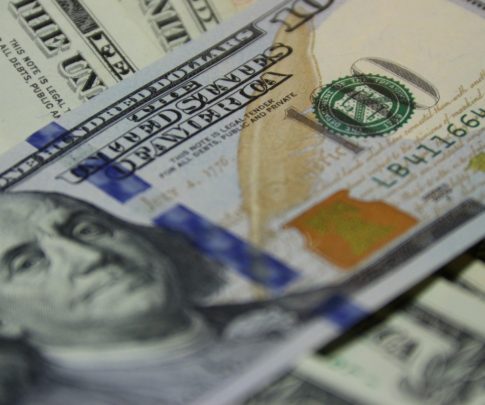 So what exactly is money laundering?

Money Laundering is the process of introducing illegally obtained money back into the economy. Sometimes this occurs through a series of complex bank or commercial transfers, and other times it’s as simple as a cash transaction.

According to the United Nations Office on Drugs and Crime, an estimated $2 trillion is laundered every year. Due to the scale and importance of the problem, comprehensive Anti-Money Laundering (AML) and Counter Terrorist Financing (CTF) regulation has been implemented by countries all over the world.

In the US, money laundering took off in the 1920s during the prohibition era. As alcohol was made illegal in the US, a profitable black market soon arose to fill the boozy gap. Organized crime boomed as the demand for alcohol rose.

You may have heard of Al Capone, who was a major mob boss in Chicago. It is rumored that the term “money laundering” originated from Capone, as he set up laundromats across the city in order to disguise the origin of the money earned from alcohol sales. Any illicit profits would simply be added to the revenue generated by the laundromats and thus re-introduced into the financial system.

Prior to the 1980s, money laundering was barely considered a crime; tax evasion was the more serious offense, something that Al Capone was actually sent to jail for. As the 20th century progressed, the drug trade proved to be one of the biggest sources of money laundering.

However, prior to 1986, drug dealers were able to retain their assets in the US and would have access to their profits once they left jail. At the time, the drug trade itself was considered the bigger issue, money laundering was just an unfortunate side effect. However, the war on drugs was about to change that.

In the 1980s, the war on drugs was at its peak in the US. The Reagan administration implemented strong laws to prohibit money laundering as a way of curtailing the sale of illicit narcotics. In 1986, the US Money Laundering Control Act was one of the first and was soon followed by similar laws in other countries. Money laundering became a federal crime for the first time in history. However, it soon became clear that domestic laws were not enough, since both the drug trade and money laundering were international crimes.

Shortly after the Vienna Convention, the Financial Action Task Force (FATF) was established in 1989 at the G7 summit. The purpose of the FATF is to analyze money laundering trends and evaluate the combative steps that global governments have taken to prevent it. The task force made 40 recommendations to be followed by the involved countries, however not all countries follow all of the recommendations. Today, the FATF includes 30 different countries including the US and the UK.

The 9/11 terrorist attack had a profound effect on money laundering regulations, specifically in regards to banks. After 9/11, The Patriot Act was passed which gave the US government sweeping powers to fight terrorism. Title III of the Patriot Act directed financial institutions to expand their AML programs and increase their due diligence reports on foreign bank accounts.

Essentially, Title III changed parts of the 1986 Money Laundering Control Act to strengthen banking rules with regards to international money laundering by improving communication between law enforcement and financial institutions. Unsurprisingly, as the US enforced a stricter AML regime, so did the rest of the world.

While it is becoming harder to launder money, it is still a major problem worldwide. Deutsche Bank is currently under investigation (sparked by the Panama Papers) for allegedly helping clients set up offshore accounts to transfer illegally obtained money. Deutsche Bank is also implicated in the Danske Bank scandal (outlined in the next paragraph). Additionally, in 2017 the German institution was fined $630 million by UK and US regulators for being connected to a Russian money laundering scheme, in which over $10 billion was moved out of Russia with the help of Deutsche Bank.

In 2018, Danske Bank (Denmark’s largest bank) was found to have funnelled €200 billion through a local branch in Estonia. Supposedly 15,000 non-resident customers were involved in suspicious transactions between 2007 and 2015. The bank believed that the high risks represented by non-resident customers were being mitigated by their AML procedures, evidently this was not the case.

Warnings started popping up as early as 2007, with a large number of Russian deposits being flagged, but it wasn’t until 2014, when a whistleblower contacted senior management, that the problem was taken seriously. It may be the biggest money laundering scandal ever in Europe, and as a result, the European Union is working on legislation to prevent it from happening again.

The game has around 200 million players across the globe, the majority of them being kids and teenagers who are particularly vulnerable. Fortnite has its own in-game currency called “V-Bucks” which is increasingly used as a tool for money laundering. Criminals use stolen credit cards to purchase V-Bucks, then resell the V-Bucks at a discount rate to turn a profit. It is unclear how much money had been laundered this way, and how Epic Games plans to stop it.

Conclusion — The History of Money Laundering

This history shows us that large scale criminal enterprise requires a sophisticated money laundering operation. Since the the Patriot Act passed, this has become increasingly difficult. The international regulatory landscape is maturing and consequently identifying parties which aid the flow of dirty money.

As a business owner, you also need to be aware of the growing desperation and ingenuity of money launderers. The Fortnite case illustrates how seemingly innocuous fun can be misused to fund malicious actors.

With this in mind, make sure to screen your customers to ensure they are not listed on one of the many sanctions lists. This will help you to protect your business from money laundering and avoid dire consequences.

Schedule a demo to learn how KYC-Chain can help protect you from money laundering and terrorist financing.