Sanctions and PEP screening in the KYC process

Bribery, theft, lost opportunities: the threats posed by corrupt politicians to communities are immense. In parallel, inadvertently facilitating the laundering of illegally-acquired funds is also a major threat for financial or virtual asset service providers. By implementing ongoing sanctions lists and PEP data screenings in their KYC process, businesses can lower their risk of regulatory fines – and help fight a serious global problem. 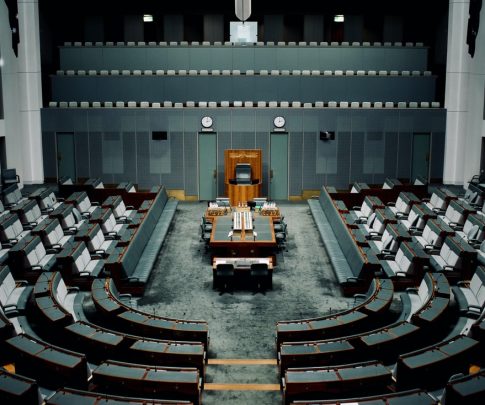 It’s a problem that is global and vast: politicians who abuse their power in order to misappropriate public funds, take bribes, benefit from corruption and launder money obtained through illegal activities are present in both democracies and autocracies.

The funds they steal – and the problems they create – are immense. In 2018, the UN estimates that corruption and bribes accounted for around 5% of total global domestic product (GDP) – a staggering US$2.6 trillion – and that the amount paid in bribes that year was around US$1 trillion.

While engaging in corruption is harder for politicians in countries with strong and independent legal systems, it still happens.

Doing so in countries with weak institutions is far easier; it’s a situation that leads to downward spirals of criminality, wasted opportunities for development and the erosion of public trust in political systems that can lead to violent reactions – not to mention the enrichment of criminal networks that prey on the communities they control.

However, what corrupt politicians and their networks in all jurisdictions face is the challenge of legalizing – or “laundering” – their ill-acquired funds so that they can be used freely in the global financial system.

Know your customer (KYC) and Anti-Money Laundering (AML) screenings are essential for firms such as Virtual Asset Service Providers (VASPs), Financial Institutions (FIs) and others that are subject to international regulations that make them responsible for AML implementation.

This is imperative if they are to avoid costly penalties and potentially disastrous reputational damage from being implicated in money laundering.

Regulated businesses are responsible for carrying out sanctions lists and PEP data screenings on an ongoing basis – an obligation that can become complicated and expensive, if trying to carry out manual checks on large numbers of applicants.

Selecting the right KYC vendor and solution for carrying out the requisite screenings and identity checks will be a critical component of your business’ potential for success.

Global regulators do not take the issue of sanctions and PEP screening lightly. Between 2008 and 2018, they handed out a total of around US$27 billion in fines to FIs for breaches related to inadequate or faulty screening for PEPs and sanctions lists. And as authorities around the world expand their regulatory net to include VASPs, it is inevitable that they will start to face fines too.

What this means from a KYC standpoint is that whether a company is a VASP or a traditional FI, they need to be carrying out effective KYC on the potential customers they onboard, whether they are individuals or companies. Failing to do so risks being implicated in a criminal financial network – and facing stiff fines or prosecution – as well as facilitating criminal activity that goes on to hurt communities.

This can mitigate the risk that the service being offered will be used to launder funds related to corrupt politicians and the criminal networks that sustain them.

Sanctions lists contain references to individuals, businesses, jurisdictions and other entities that have been flagged for having committed a crime, or being suspected of having committed one.

The information is verified against multiple government watchlists and sanctions lists maintained by law enforcement agencies, international regulators, and multinational organizations such as the UN. The different national and supra-national regulatory bodies that maintain sanctions lists include organizations such as Interpol, the EU, the US Office of Foreign Assets Control (OFAC), UN, Her Majesty’s Treasury (HMT), the Financial Action Task Force (FATF) and many others.

The goal of these sanctions is to prevent and detect illegal activities, terrorist financing, and any other activities considered to be a threat to national security.

Sanction screening involves checking names of individuals and companies against global sanctions lists in order to gain a clear picture of the risk involved in doing business with them.

Entities or individuals that are found to be on a sanction list are flagged as higher risk, and normally processed through Enhanced Due Diligence (EDD) procedures that attempt to gain a deeper understanding of the risk they pose.

This process is a critical component of a risk-based approach (RBA) to AML, which is both more effective and less resource-intensive than trying to undertake comprehensive due diligence on all onboarding candidates.

The complex part of sanction screening relates to the sheer number of sanctions lists that are maintained globally, and keeping up to pace with them as they are updated. Other complexities include false positives from similar or identical names, different languages, abbreviations and aliases, inconsistencies across lists, and omissions.

For these reasons, it’s imperative to have a reliable and efficient software system that is able to cross reference other identity markers such as registered address, date of birth, company registration number, etc., in order to minimize the chances of expending time and resources on investigating too many false positives – or missing positive matches.

Similarly, sanction screening needs to be ongoing. If a company approves and begins providing services to a customer who is later placed on a sanctions list – the KYC tool should be able to identify this new categorization and alert the onboarding party.

Sanction screening is also not limited to searching sanctions lists for names.

By using proprietary automated onboarding tools, these functions can all be carried out during a relatively seamless and efficient onboarding process.

The definition of a PEP tends to vary quite significantly according to different regulators and jurisdictions, and that adds to the complexity of identifying them and assessing their risk from a business standpoint.

The broad definition of a PEP, as stipulated by the FATF’s Recommendation 12, is that it is any individual who has served public functions both in the past and present. This includes politicians, state officials, heads of government, as well as high ranking employees of state-owned companies. Some regulatory authorities also classify the family members and business associates of the above individuals as PEPs too.

The logic behind the PEP classification is based on the idea that if an individual wields political power, or has access to public funds, then that person presents a higher risk of engaging in money laundering.

However, it should be noted that just because someone is a PEP does not mean that they have necessarily done anything wrong – but they should be evaluated more closely as a result of the higher risk of doing business with them.

PEP Screening is a critical component of a risk-based KYC process. By checking a potential customer’s name against global PEP lists, the onboarding entity can establish a more informed risk profile for the potential customer.

As has been noted, being a PEP does not make an individual a criminal. However, an onboarding entity should be aware that they are onboarding a PEP, and process their application through an EDD process to gain a clearer and more detailed understanding of the risk posed by providing them with financial services, or doing business with them.

Global regulatory watchdog the FATF has stipulated in their Recommendations that additional AML/CFT screening measures need to be applied before establishing a business relationship with a PEP. This Recommendation has been adopted by multiple regulatory regimes around the world, such as the EU’s 6th anti-money laundering directive (6AMLD).

PEP lists are also in a constant state of flux, with new names being added daily. For this reason, having an automated and systematic approach to ongoing monitoring is imperative if an onboarding entity is to have a transparent and informed picture of who their customers actually are.

In parallel to PEP and sanctions screenings, another powerful tool for understanding risk profiles of potential customers / candidates is to run adverse media searches against their name. Individuals or entities that have been referenced in relation to media that is flagged as negative are assigned a higher risk profile and marked for further review or EDD.

KYC-Chain’s end-to-end workflow solution is able to run a full suite of PEP, sanctions, adverse media and other screenings when onboarding customers – and to maintain seamless ongoing monitoring so that companies can expand their customer base with confidence.

If you’re looking for a comprehensive and efficient KYC solution that provides ongoing monitoring against global watchlists, get in touch and we’ll be happy to tell you more about how KYC-Chain works.