We’ve all heard of sanctions, but how could they impact your business? Here’s all you need to know about sanctions. 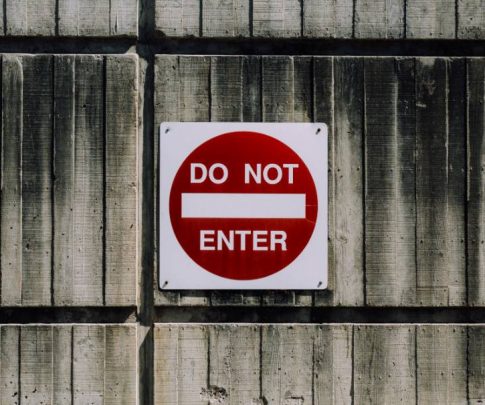 We’ve all heard of sanctions, but you may not be aware of their importance or the impact they could have on your business. Sanctions are an important tool in the global financial industry, and are a way for countries to fight economically rather than physically.

Sanctions have become a regular tool when it comes to peacekeeping, conflict resolution, and foreign relations. When you consider that most countries have used sanctions or had sanctions placed against them or their citizens, their importance can be appreciated. In this article, we cover everything you need to know about sanctions.

In essence, sanctions are a penalty enacted by one country or international organization against another country or individual citizens of said country. A country has a number of different types of sanctions that it can use to get the result(s) it wants. The overall goal of each is to force a change in behavior, typically for the better.

There are several different types of sanctions that have different purposes:

The general population is most familiar with economic sanctions, as they are generally used the most. The most well-known type of economic sanctions are tariffs. These are taxes that are imposed on goods coming in from another country. A recent example of this is the numerous tariffs Donald Trump has placed on most major countries the US actively trades with.

Other types of sanctions include:

In order to be aware of who is and who is not subject to sanctions, government bodies and financial authorities issue sanctions lists. In general, sanctions lists aim to prevent terrorism and terrorist financing, money laundering activities, human rights violations, narcotics trafficking, and more.

Most sanctions lists are available online so that businesses can search and consult them prior to entering a relationship with a new customer or entity. As such, sanctions lists should play an important part in any anti-money laundering (AML) policy and will notably impact how financial institutions do business.

Who creates and enforces sanctions?

The responsibility for setting and regulating sanctions is both national and international. The United Nations has its own sanctions list, and individual countries have set their own. Here’s a brief overview of sanctions lists all over the world.

The United Nations has their own sanctions list, referred to as the UN Security Council Consolidated Sanctions List. All member states of the UN need to comply with the list, and it outlines exactly which measures should be implemented. As the UN has no legislative power to enforce its sanctions, each member state’s regulatory body is expected to develop and implement regulations themselves.

Sanctions in the United States are implemented and enforced by the Treasury Department’s Office of Financial Assets Control (OFAC). All individuals, banks, financial services companies, and other obligated institutions operating within US jurisdiction must comply with OFAC sanctions. OFAC has several different sanctions lists that are divided into two categories: comprehensive sanctions (prohibiting all types of transactions) and non-comprehensive sanctions (only limiting transactions).

Additionally, OFAC produces the Specially Designated Nationals and Blocked Persons list (SDN). This list targets specific individuals and organizations rather than whole countries. The SDN list is regularly updated and US persons (including incorporated entities) are forbidden from doing business with anyone on the SDN list. You can find the whole list (and search it) here.

The EU sanctions list is made up of countries, entities, and individuals who are engaged with or suspected of money laundering and terrorist financing activities. The EU sanctions are tied to those of the UN, but the EU imposes its own autonomous sanctions in line with its own foreign policy objectives.

EU sanctions are issued by the European Council, and members must unanimously agree on sanction measures before legislation can be drafted to put them into effect. Sanctions apply to any individual or entity within EU jurisdiction, and EU nationals operating outside of the EU.

All financial institutions in the UK are forbidden from doing business with any person or organization on the sanctions list. All UK citizens and residents are expected to comply with the HM Sanctions Treasury List.

The Australian government observes a wide range of sanctions, which are enforced by the Department of Foreign Affairs and Trade (DFAT). DFAT has their own sanctions list which is available online and regularly updated. As a member of the UN, Australia also enforces the UN sanctions list.

The DFAT sanctions list applies to all financial institutions operating within Australia, and all Australian citizens in the country or abroad. In some cases, firms may apply to DFAT for a license that permits business activities with individuals or entities included in the DFAT sanctions list.

Sanctions lists are generally available online and free to search. As such, businesses should consult them prior to beginning a relationship with a new customer to ensure that they are not breaking the law. Additionally, sanctions lists should be a vital part of any financial institution’s AML strategy.

As a concept, sanctions lists are pretty straightforward, however, in practice they involve processing massive amounts of data. Sanctions lists don’t just have names listed; they also include aliases and possible locations. When you consider that most businesses deal with large amounts of customers on a regular basis, checking sanctions lists by hand becomes an almost impossible challenge.

As a result, many organizations may take advantage of proactive screening tools to make the task far simpler. While regular checks should be made for accuracy, screening tools radically simplify the process and can save your business time and money.

There are reporting obligations when it comes to receiving a match to a person or entity listed on a sanctions list. The first step is to establish the likelihood of the match, many people have similar names and false positives are common. Here, other peripheral information will help narrow down the results.

If there is confidence that the initial match is correct, then institutions should contact the relevant financial authority in their country as quickly as possible. Failure to report sanctions can result in extremely heavy fines, and in some cases, prison sentences.

Not complying with sanctions lists can cause a severe threat to national security and foreign relations, which is why the penalties for non-compliance are so harsh. As a result, it is important for organizations to take a proactive approach when it comes to following sanctions list and to err on the side of caution.

As you can see, sanctions serve an important purpose when it comes to international relations and foreign policy all over the world. That being said, there is some debate as to how effective sanctions actually are, particularly sanctioning whole countries. Sanctions can breed resentment and increase nationalism, and often don’t produce the desired change in behavior they were put in place to for. These types of sanctions don’t have a big impact on the rich and elite members of a country; instead they tend to make the poor poorer.

However, it is important to note that sanctions against terrorists (both individuals and groups) and other high level criminals are absolutely necessary. Without sanctions, groups like ISIL and Al-Qaeda would have a far easier time procuring funds and weapons, which could have devastating consequences.

Regardless of their effectiveness, sanctions exist and businesses are required by law to follow them. Given their complicated nature (many lists are thousands of pages long and contain large amounts of data), many businesses have turned to screening tools to simplify the process.

Here at KYC-Chain, we offer advanced AML and sanction screenings to help your business run more effectively. Our global data sources are continuously updated and include millions of profiles on high-risk individuals and corporations, helping you to identify new risks in real time. Additionally, we monitor millions of profiles of politically exposed persons, organizations and individuals to provide you with even better risk analysis.

Want to learn more about how KYC-Chain can help your business when it comes to sanction screening? Get in touch.