Pandora Papers: The Importance of Enhanced Customer Due Diligence

The Pandora Papers represent one of the largest leaks of offshore banking and ownership data in history, revealing how politicians and their inner circles have hidden their often ill-obtained wealth using complex offshore structures. They also demonstrate how financial services companies need to implement KYC that can identify Politically Exposed Persons – and enhanced due diligence that can assess their risk profile. 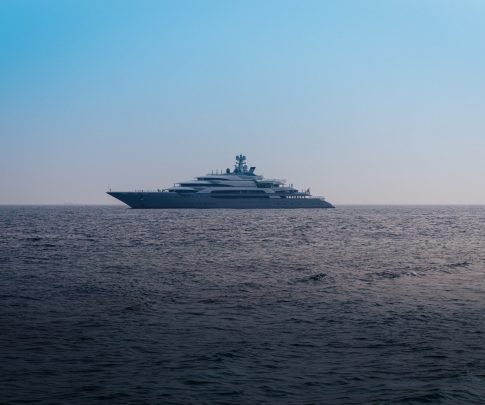 In October 2021, the International Consortium of Investigative Journalists (ICIJ) released one of the largest leaks of documents in history.

The documents had been compiled through a large investigation spearheaded by the consortium in collaboration with major independent media organizations, and included 11.9 million files containing a mixture of documents, emails, images, spreadsheets and other information related to offshore entities and banking – and the people involved with it.

The Pandora Papers were not the largest leak ever by the ICIJ – that title goes to the Paradise Papers, released in 2017, which included nearly 14 million files.

However, what made the impact of the Pandora Papers so seismic was what they revealed: the ways in which many of the world’s politicians and ruling families have obscured illegally-obtained wealth through complex offshore structures, avoiding tax and laundering funds in the process.

The impact of the revelations revealed in the Pandora Papers is still playing out in various jurisdictions across the world, where politicians have been scrambling to justify some of the ICIJ’s findings. A small selection includes:

What the Pandora Papers reveal is a vast, hidden financial network that can be easily exploited by individuals with political power to channel assets that have been misappropriated or illegally obtained in their home countries.

The potential for this kind of exploitation makes it patently clear why it’s so important for companies and institutions involved in processing transactions to carry out effective screening of Politically Exposed Persons (PEPs). Mitigating this activity is not simple, as it also requires financial services and other gatekeeper companies to carry out ongoing monitoring. This can allow them to have a dynamic and current understanding of when a customer is placed in a position where they have easier access to public funds.

Being a PEP does not automatically mean that an individual shouldn’t be able to access financial services or gatekeeper industries. But it does mean that companies and institutions offering these services need to carry out Enhanced Due Diligence (EDD) on these subjects – in order to have a clear and accurate view of the type of risk associated with doing business with them.

EDD is a critical component of a Risk-based Approach to KYC compliance. The idea is relatively simple: Enhanced Due Diligence, or simply EDD, is specifically designed for dealing with high-risk or high-net worth customers and large transactions.

When undertaking Identity Verification as part of an onboarding process, an individual or corporate potential customer’s name is checked against global sanctions lists, watch lists and PEP lists. If a potential positive match is made, the customer being onboarded is then marked as higher risk and processed through EDD.

However, in contrast to making a positive match for an individual or corporate listed on a sanctions list or watch list, the risks that PEPs present to a company are harder to evaluate.

After all, PEPs need to access financial networks and services too, and if they haven’t ever been convicted or suspected of any crime, it may not make both business or moral sense to refuse providing services to them.

This is where the importance of Ongoing Monitoring becomes extremely important.

Ongoing Monitoring involves carrying out regular checks on customer bases in order to:

Implementing Ongoing Monitoring is not an easy task for companies that solely rely on human compliance teams – because as the name suggests, it is a constant, ongoing process.

However, advanced, Automated KYC solutions now have the power to carry out ongoing monitoring according to pre-set, automated schedules, flagging any notable changes to customers’ risk profile. In parallel, automated transaction monitoring can also be leveraged within the process in order to build dynamic and current snapshots of customer risk profiles.

This can provide a significant fail-safe and peace of mind for companies that opt to offer their services to PEPs that have not been implicated in illicit activity – but nevertheless pose a heightened risk of engaging in it in the future.

In parallel, by automating components of the KYC process, human compliance teams can remain focused on carrying out EDD on individuals and corporates when their risk profile demands it. This reduces compliance costs and results in much faster onboarding times.

While the Pandora Papers (like other leaks before them) revealed that there is a vast network of offshore havens that are willing to turn a blind eye to unscrupulous politicians seeking to hide their dubiously-acquired wealth – there are many other financial institutions that are becoming increasingly committed to ensuring that they are not used to facilitate financial crimes.

Compliance professionals should start focusing on the anti-money laundering (AML) program risks highlighted by the emerging Pandora Papers scandal rather than on individual revelations.

By implementing an advanced, seamless and effective automated KYC solution like KYC-Chain, your business can benefit from improved onboarding experiences, greater trust among your customer base and protection against exploitation by corrupt officials: improving the world and reducing the risk of being implicated in financial crime (and the next major document leak).

If you’re looking for the right KYC solution for your platform or company, get in touch and we’ll be happy to start a conversation.