With the demand on compliance teams growing by the day, it’s no easy task for many smaller financial institutions and VASPs to keep up with the demands of global regulatory authorities. For this first article of 2022, we’ll be focusing on some of the major reporting mistakes human compliance teams can make – and how automated KYC can improve the process. 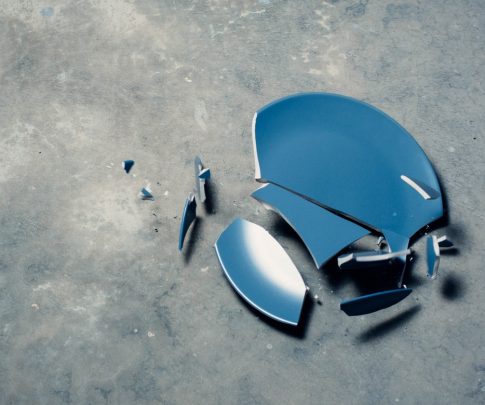 As we round off another productive year and begin a new one here at KYC-Chain, we’ll be focusing on something different for this first article of 2022: some of the major mistakes Australia’s financial regulator has highlighted human compliance teams can make when reporting on financial transactions.

The problem is particularly bad with Transaction Threshold Reports (TTRs) and Suspicious Matter Reports (SMRs) – sometimes known as Suspicious Activity Reports (SARs) or Suspicious Transaction Reports (STRs) in other jurisdictions – and the issue is certainly not confined to Australia either.

Reporting problems are such an issue that the Australian Transaction Reports and Analysis Centre (AUSTRAC) has recently developed a “System Transformation Program” for financial institutions to improve their reporting processes and compliance competency.

The program follows on observations highlighted by Jack Haldane, director of supervision for the in a recent panel discussion. The regulator found that reporting mistakes are a widespread problem within the compliance teams of reporting entities such as financial institutions and regulated Virtual Asset Service Providers (VASPs).

These mistakes, inconsistencies and inaccuracies can lead to a wide range of serious issues – from undetected cases of money laundering and other financial crime, to unnecessary drain on resources from wrongly-flagged individuals.

According to AUSTRAC, the SMRs and TTRs that financial institutions send to the regulator are often tainted by sloppy reporting, which can include:

In addition, AUSTRAC has also highlighted how many institutions have little internal knowledge of their own compliance programs, and are relying too heavily on external consultants.

AUSTRAC has a particularly formidable reputation in the regulatory space, largely earned through its now-infamous A$2 billion fine on the Commonwealth Bank of Australia and Westpac, which it successfully extracted from the banks for lax reporting standards and cutting corners and on their compliance responsibilities.

So what can reporting entities do to improve their compliance standards and processes – and avoid the potentially debilitating fines that global regulators around the world are increasingly willing to mete out if reporting isn’t taken seriously?

Of course, drafting SMRs or their equivalents in other jurisdictions is no easy feat. With the demand on compliance teams – and the associated costs of maintaining them – growing by the day, it’s no easy task for many smaller financial institutions and VASPs to keep up with the demands of global regulatory authorities.

This is one of the key problems that KYC-Chain is constantly seeking to address: by adopting an automated KYC onboarding solution, financial institutions, VASPs and other reporting entities can compile uniform and trustworthy data on the individuals and companies they provide services to or which use their networks.

By using customizable and automated risk scoring, human compliance teams can avoid being overburdened by innocuous transactions, so that they can focus on the ones that really need their attention. This leveraging of technology can bring down costs, reduce the risk of fines, and ultimately improve the safety and credibility of the global financial system, in all its forms.

KYC-Chain wishes all our partners and readers a Happy New Year – we’re looking forward to moving upwards and onwards in 2022!