Liberty Reserve was a leader in the digital currency world that has largely been forgotten. It’s lack of anti-money laundering procedures led to it’s downfall. Here’s the full story. 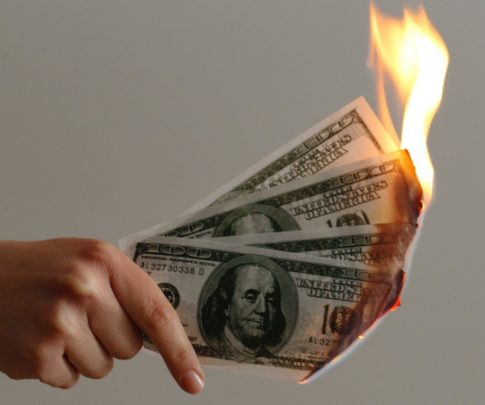 Before there was Bitcoin, there was Liberty Reserve, however the digital currency has largely faded from the public’s mind. What began as a novel idea soon became a financial haven for the criminal underworld.

It’s a story full of twists and turns, so buckle up for this crazy ride.

This may seem surprising to some, but the idea of a digital currency had been around long before the advent of Bitcoin. E-Gold was created in 1996, and it was the first major digital currency to hit the market. The currency operated outside of government controls, and was tied to the price of gold and backed by real world gold, making it stable and tangible. It was so successful that it became the second biggest online payment service at the time, second only to PayPal.

So how did it work? Users would create an account and purchase amounts of gold online. While the gold actually existed, the value was also stored online in the form of digital currency. From there, users could send payments to other users anonymously and could also use a third-party exchange to withdraw their funds into fiat currency. Accounts could be opened anonymously as well, there were no anti-money laundering (AML) or know your customer (KYC) procedures.

Two men, Arthur Budovsky and Vladimir Kats, ran a popular E-Gold exchange called Gold Age. When E-Gold began experiencing problems in 2006, Gold Age did too. After the terrorist attacks of September 11th, the US government created the Patriot Act. Part of the new laws were that it was now a federal crime to operate a money transmitter business without a license to do so. E-Gold wasn’t technically a money transmitter business because it was not a currency exchange, but the law was later expanded to include the transfer of value in addition to actual money.

Gold Age was shuttered in 2006 after Budovsky and Kats were prosecuted for money laundering. Budovsky fled to Costa Rica to escape his 5 year jail sentence. In 2008, E-Gold folded after being charged with illegal money transferring and money laundering charges.

After fleeing the United States to Costa Rica in 2006, Budovsky, with help from Kats, began his own digital currency called Liberty Reserve. Liberty Reserve performed essentially the same function as E-Gold had. It allowed users to send and receive payments without revealing details like account numbers or their real identity. The fee structure was low, only 1% or $2.99 per transaction, whichever was less. At its peak, Liberty Reserve had over one million users (around 20% of them were in the US) and processed 12 million transactions a year.

Liberty Reserves (LRs) were the company’s digital currency, and it was pegged to the US dollar so the value was relatively stable. This made it more popular than Bitcoin, which came a few years after Liberty Reserve was founded. Users would buy LRs through a third party exchange, then could send LRs to each other and withdraw them into fiat currency through an exchange, much like E-Gold. Users could also store their money on the site.

Setting up an account was dead easy; you just needed to provide a name, address and email and none of that information was verified. In fact, an undercover agent signed up under the name “Joe Bogus” with the username “tostealeverthing”, which triggered no reaction from Liberty Reserve.

Costa Rica had little to no oversight when it came to international financial transactions, which not only made it easy for Budovsky to build Liberty Reserve in the first place, but also for criminals to conduct their business through the digital currency. Given that the company had absolutely no AML or KYC procedures in place, criminal activity became a big part of the site.

For the most part, Liberty Reserve managed to stay off the radar of the United States government. Since Costa Rica did not have an extradition treaty with the United States, Budovsky felt relatively safe from the law; he had even renounced his US citizenship and became a Costa Rican citizen through an alleged sham marriage. Additionally, he took the extra step of “selling” Liberty Reserve to an employee and claimed to work as a contractor for the company. Budovsky even insisted that employees use a pseudonym when referring to him.

Liberty Reserve was first noticed in 2011, when a Vietnamese man by the name of Hieu Minh Ngo became the target of a sting operation. Ngo was a big-time identity thief, who would sell packages of personal data to other criminals at exorbitant prices. Investigators noticed that Ngo was asking for payments to a Liberty Reserve account, and their ears pricked up. Ngo was arrested in 2013, but by that time inquiries were already being made into Liberty Reserve

US authorities began to notice that suspects in unrelated investigations were using Liberty Reserve to move dirty money. It appeared to be a central hub for criminal activity, ranging from money laundering to Ponzi schemes, child pornography, and identity theft. Due to the lack of KYC and AML procedures, criminals were doing whatever they pleased.

There had already been incidents before the US authorities took notice. In 2008, Liberty Reserve had started the process of applying for a money transmitting license in Costa Rica. In order to do so, it was legally required to hire an AML compliance officer. Liberty Reserve also had to create a Government Administrative Area (GAA) to give their new AML compliance officer a window into the company’s computer system.

Liberty Reserve did create a GAA, but it was not at all transparent, allegedly falsifying statistics. By 2011, the AML compliance officer resigned due to a lack of transparency and reported the company for suspicious activity.

In May 2013, the Liberty Reserve website was taken down. Budovsky had been arrested in Spain after a joint money laundering investigation between the US and Costa Rica. Many users started to panic. For criminals, Liberty Reserve had been a key part of their operations. Most users had LRs stored on the site.

Even though Kats had left Liberty Reserve in 2009, he was also arrested and faced additional charges for receiving child pornography. In total, five people were arrested, and two more remained at large in Costa Rica. All were charged with conspiracy to commit money laundering, conspiracy to operate an unlicensed money-transmitting business, and operating an unlicensed money-transmitting business.

At the time of the arrest, the US Justice Department estimated that over $6 billion had passed through Liberty Reserve, and they believe that most of it was laundered money. US authorities counted the takedown of Liberty Reserve as a massive victory in stopping transnational criminal activity. Suddenly the easiest way to illicitly transfer funds was gone, and it wasn’t coming back.

The trial began in 2016. Budovsky plead guilty, admitting to laundering more than $250 million. He received a twenty-year jail sentence. The other four people arrested, including Kats, also plead guilty and all served shorter sentences, ranging from three to ten years.

Although many criminals used Liberty Gold to move funds, so did many normal people who were just looking for a cheaper alternative to PayPal. When the Liberty Reserve website was taken down, any funds stored on the site were gone with it. While the US authorities did encourage people who believed they had lost legitimate funds to get in touch, it is still unclear if anyone actually had their money returned.

After the website disappeared, Liberty Reserve was defunct. Websites that had previously accepted LRs stopped doing so. A number of replacements popped up after the death of Liberty Reserve, including one called Perfect Money.

Interestingly, the founders of QuadrigaCX (a now defunct Canadian cryptocurrency exchange) seem to have had ties to Liberty Reserve. Prior to founding the exchange, Gerald Cotten and Michael Patryn ran a Liberty Reserve exchange called Midas Gold. QuadrigaCX had its own mysterious ending, involving millions in missing funds and perhaps even a faked death.

According to Budovsky, Liberty Reserve was created with the best intentions. However, a number of things made the whole concept suspicious. From founding the company in Costa Rica to claiming he was just a contractor, and from using aliases to not fulfilling regulatory obligations, things were very fishy. Liberty Reserve could have been something great, but the way it went about doing business was extremely shady.

Had Liberty Reserve followed regulations and had sufficient AML and KYC procedures in place, its demise could have very likely been avoided. However, it does beg the question: if Liberty Reserve had had stricter policies, would it have become as popular as it did? Probably not. Its lack of regulation is what made it so appealing to many; a lack of complete anonymity would have turned many of its less than savoury customers away.

Liberty Reserve has largely faded from the public eye, and now serves as a cautionary tale when it comes to ignoring regulations. A company that once rivalled PayPal has been left in the dust.