Is KYC needed for NFTs?

As NFTs have surged in popularity, so too has the attention of regulators on the nascent scene. In the future, KYC technology will offer the most efficient solution for mitigating the risk of the space being exploited by criminals and allowing NFT marketplaces and creators to grow. 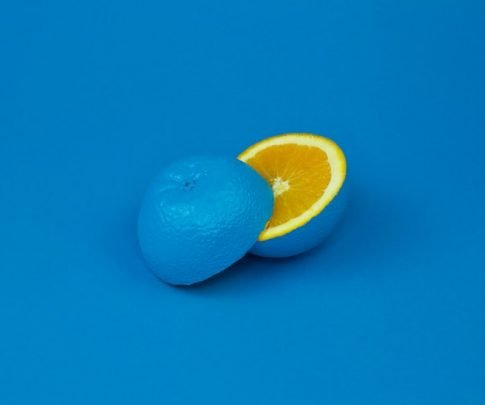 Can NFTs be regulated?

The short answer is: in many cases – yes, as greater regulatory scrutiny of the space appears to be imminent.

In this article, we’ll be taking a look at what the FATF’s proposed new guidance means for Non-Fungible Tokens (NFTs), which have recently exploded into the mainstream as a revolutionary way to commoditize art and media.

An NFT is essentially a piece of information stored on and verified by a blockchain – primarily on Ethereum – that confers unique ownership of something that has been sold by its creator or owner.

So far, they have mostly been used to sell unique ownership of real world media objects such as art, audio, video and games. A recent example is the infamous photo of Disaster Girl, which recently netted the now-college age protagonist US$500,000.

The development has been welcomed by many in the creative industries as it provides a new way for artists to be rewarded for their creations.

Using NFTs, creators and media owners can set the price of their creations and sell them to other users, all through a decentralized, potentially anonymous platform and process. The new owners can then choose to hold or sell their NFT at a lower or higher price.

However, according to critics and financial crime analysts, it’s precisely these characteristics that make the space vulnerable to exploitation by money laundering.

The FATF has taken note of this evolution in the crypto space, and has for the first time included a reference to NFTs in its updated guidance. However, how exactly it plans on regulating the space is still unclear.

What is clear is that the global regulatory body considers the rise of NFTs as a potentially dangerous conduit for money laundering and illicit financial activity, if the space can be allowed to grow in an unregulated, anonymous manner.

This view is partly formed by experience. The FATF and other AML and financial authorities around the world are keenly aware of how traditional art has been – and continues to be – used as a medium for money-laundering and tax evasion.

Opaque systems of ownership and the staggering prices that some art can reach leave the art trade highly vulnerable to exploitation by criminals.

Although there have been no reported incidents of NFTs being used for money laundering or other illicit activity, it is unfortunately safe to say that they will be.

Criminals are constantly innovating their methods of evading authorities and converting illicitly-generated funds into money that can be legally accounted for, or evading taxes.

Being able to anonymously buy and sell digital tokens whose price can be determined by anonymous sellers – and agreed to by anonymous buyers – will offer opportunities to do so.

This makes it highly probable that NFT trading platforms will eventually be expected to implement the same types of Know Your Customer (KYC), Anti-Money Laundering (AML) and Counter Terrorist and Proliferation Financing (CTF/PF) measures that other VASPs should be taking.

So where does KYC fit in?

In its draft updated guidance released at the end of March, the FATF appeared to make a distinction between fungible and non-fungible tokens, implying that the latter may be considered Virtual Assets (VAs), depending on how they are traded on secondary markets and used as a store of value.

However, the organization was also quite vague in how it plans to actually differentiate between non-VA NFTs and VA NFTs.

Nevertheless, this could potentially mean that NFT marketplaces like crypto.com and OpenSea – which allow for NFTs to be bought and sold for crypto and fiat – will fall into the category of VASPs or entities that need to be regulated.

As is the case for many DeFi platforms and apps, NFT marketplaces may also be facing treatment as Virtual Asset Service Providers (VASPs) when the FATF formalizes its new guidance in June.

This means that FATF signatory countries – and any others that want to be part of their powerful financial network – will be complying and transposing these new rules into their own financial law codes – and ultimately enforcing them on VASPs operating in their jurisdictions.

A big part of how the FATF wants to regulate the crypto space, including VASPs, VAs and DeFi platforms, is centered on the ability and determination of VASPs to collect KYC information on users who transact using their platforms.

If VASPs – and many NFT marketplaces will likely be considered VASPs by virtue of their facilitating the trade of VAs – do not comply with these regulations if and when they come into place, then they face the prospect of hefty fines, closure and potentially criminal sanctions.

The problem is, most NFT marketplaces are currently not integrating KYC checks on users who trade on their platforms. This is understandable, given the lack of concrete regulations governing this new and exciting frontier of the crypto space.

However, regulation is imminent.

And it only takes a brief glance back at recent crypto history to understand what that will mean for NFT marketplaces.

Since the FATF updated its guidance to treat VASPs like traditional Financial Institutions in June 2019, the platforms that have taken a proactive approach to compliance are the ones that have done well.

They’ve done so by implementing KYC before they are forced to, and in the process have avoided costly fines, built trust among current and prospective users, and forged a secure position within the evolving financial ecosystem.

The ones that haven’t have faced a constant threat of being kept out of markets, fined or shut down altogether.

NFTs are by their nature a highly decentralized type of asset whose value is determined by their creators and fast-changing, unpredictable market dynamics.

However, the platforms that facilitate their trade – and ultimately provide access to their markets – will need to comply with the regulations they are subject to if they are to operate legally.

Anyone that sells an NFT on a marketplace will probably be taking payment in the form of crypto or fiat.

KYC technology such as KYC-Chain can allow NFT marketplaces to collect KYC information on users that send or receive payments in NFT transactions in a simple, end-to-end solution that adapts to evolving, diverse and complex financial regulations around the world.

This can offer a robust, cost-effective and secure solution for NFT marketplaces to cement their position within the financial ecosystem of the future, while mitigating the risk of criminal exploitation.

Are you venturing into the NFT space and looking for a reliable KYC technology partner? Contact us and we can discuss how we can make it work.