It’s a money laundering scandal full of smuggling, criminals, cover ups, and collusion. Here’s the complete (and crazy) story of EY and Kaloti. 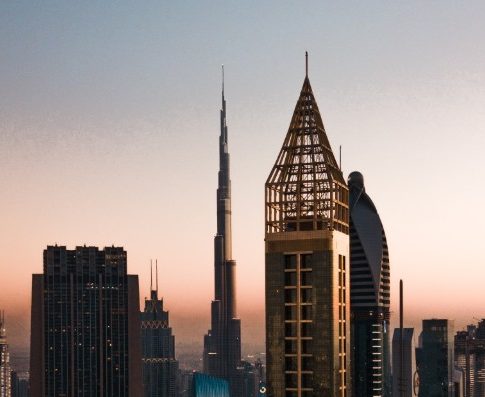 In the money laundering cases we have covered here, it is often the case that just a few people in one company are responsible for the bad decisions that led to illegal actions. In many cases, ignorance is a common factor that leads to criminals being able to exploit a loophole. It is rare to see two companies or groups of people actively working together, and that’s what this case is.

Gold (along with fine art, antiquities, and real estate) has become an increasingly popular asset to launder money. It is harder to trace and easier to move than cash. A recent investigation between BBC and the French news agency Premieres Lignes discovered that British drug money has been funnelled into Dubai’s gold markets, which have been the top choice when it comes to money laundering.

The Kaloti Group, who are based in Dubai and are responsible for one of the world’s largest gold mines, emerged as the main conduit for the illicit activities. The criminal gang that was under investigation was found to be buying millions of dollars worth of gold, then selling it to Kaloti for cash, and this had been going on for years.

Acting under the name Renade International, the gang sold $146 million worth of gold to Kaloti in 2012 and walked out with cash in hand. While over 25 members of the crime gang were jailed in 2017, the leader still remains at large in Morocco.

Historically, Kaloti has had some very shady practices. In 2013, it was discovered that gold was arriving at Kaloti from Morocco coated in silver. Kaloti said it was standard practice to claim gold as silver to avoid the gold export limitations imposed by the Moroccan customs. Once the gold landed in Dubai, it was claimed as such. In essence, the gold was being smuggled into Dubai and it was an open secret.

In 2013, EY Dubai had been hired to audit the Kaloti Group. This was mostly to reassure customers and show that the gold Kaloti was receiving was conflict-free. The inspectors from EY were shocked to discover not only was gold being smuggled into Dubai, but large cash payments were being handed out. Customers would walk-in off the street to sell gold with no paperwork and walk out with cash in hand. In 2012, more than $5 billion in cash was handed out for gold at Kaloti. Additionally, Kaloti’s gold was not coming from conflict-free areas. Gold was coming in from Sudan, an area linked to conflict gold in the past.

The EY inspectors were gobsmacked. The list of problems with Kaloti kept growing and as a result, they contacted the regulatory Dubai Multi Commodities Centre (DMCC). But the DMCC seemed to be as shady as Kaloti was; they asked for the dates to be changed to allow Kaloti a more positive rating. When that didn’t pan out, they instead made the investigation documents confidential, so no one knew what was going on at Kaloti.

But EY wasn’t innocent either. The accountancy firm would take a series of steps to help cover up the happenings at Kaloti and undermine their own investigators.

There’s always a whistleblower in a money laundering scandal, and they are almost always ignored. In this case, it was Amjad Rihan, who at the time was the partner in charge of the investigation division of EY Dubai.

It became pretty clear early on in the EY investigation into Kaloti that things were not as they should be. When the DMCC started changing the rules surrounding the findings of the investigation, senior partners at EY Dubai, including Rihan, became increasingly concerned. They went as far as to take their findings to the head office in London, which promised to take over and look into things thoroughly.

If you guessed that nothing happened as the result of Rihan’s actions, you would be correct. Instead EY ignored their investigators and began working with Kaloti and the DMCC to release a summary of the official findings that they could all agree on. The document that emerged was bizarre.

Phrases that had originally clearly stated what was happening were obfuscated. For example, “We acknowledge an incident… with the bars coated with silver.” was changed to “We acknowledge transactions … in which there were certain documentary irregularities”. The first sentence has Kaloti admitting that they were responsible for smuggling gold into Dubai, the second makes it sound like a clerical error.

At every turn, EY allegedly colluded with Kaloti to completely reduce the original impact of the investigation’s findings. As for Rahin, he repeatedly tried to push senior management to report their findings at Kaloti, and was instead pushed out of the company.

There was a second whistleblower too, who met a similar fate, albeit at a different company. Anna Waterhouse was a lawyer and head of compliance at Deutsche Bank in Dubai who began to grow concerned with the amount of cash leaving Kaloti’s accounts. Allegedly, the cash withdrawals were so large that wheelbarrows were used to move the money around.

Waterhouse reported the suspicious transactions to the financial regulatory body in Dubai and the Central Bank of UAE, and it ended her career. They turned the tables and accused Deutsche Bank of laundering money, which launched an investigation. Deutsche Bank sacrificed Waterhouse to avoid further punishment after it was discovered that bankers had broken regulations in the private wealth division.

While Kaloti managed to make it through 2013 relatively unscathed despite all of their illegal practices, it didn’t last. In 2015, the DMCC sanctioned the company and removed it from Dubai’s list of approved gold refiners. After the BBC story broke, Kaloti issued a statement denying all allegations.

After Rahin was forced to resign, he took his findings to British newspaper The Guardian in 2014. He subsequently sued EY for covering up evidence and for forcing him to leave the company. The trial began in January of this year, and it remains to be seen what the outcome will be. Waterhouse is still disputing her alleged responsibility of misconduct with the Dubai financial authorities, and if she doesn’t win her case she won’t be able to work in finance or law again.

As for EY, the recent BBC investigation and court case against Rahin are just drops in the bucket. The accountancy firm is currently facing a €95 million claim in damages from the liquidator for Maple Bank. Maple Bank is a Canadian lender that was involved with a Europe-wide tax scandal and was subsequently shut down in Germany.

EY has also faced internal issues. There have been rumors of discrimination, sexual harassment, and other inappropriate behaviors that have led to resignations and disgruntled employees. The firm hasn’t had a good start to the year. That being said, EY has yet to face any true punishment for the firm’s actions in Dubai. Naturally they deny any wrongdoing, but the evidence suggests otherwise.

Despite the BBC’s explosive report and the evidence it has brought to light, there seems to be no real conclusion to this story. Kaloti should have faced some repercussions for a complete lack of Know Your Customer measures in place. The fact that criminals were laundering drug money through Kaloti would be a punishable offence in most countries, but the authorities in Dubai don’t really seem to care.

Deutsche Bank should have listened to Waterhouse and escalated the suspicious activity reports. Large cash withdrawals are a huge red flag for money laundering. However, their lack of compliance isn’t surprising when you consider that they have been tied to a number of money laundering scandals over the past few years. The bank is currently under investigation for its involvement in the Danske Bank scandal that rocked Europe last year.

Likewise, EY should have addressed the concerns brought forward by Rahin and the investigative team in Dubai. Once again, reports should have been made to the responsible authorities. Instead, EY colluded with Kaloti to prevent the truth from coming to light.

Like with most money laundering cases, this whole scandal could have been avoided if the necessary measures were put in place and accurately followed. Every money laundering scandal seems to follow the same pattern, and it’s frustrating and disappointing to see so many walk away with no real punishment for their actions or lack thereof.

What is clear is that financial institutions and regulatory bodies need to step up to the plate. Fines need to be big enough to hurt, and those who ignore the multiple warnings of whistleblowers should face jail time for their actions. While there have been some major improvements in these matters in the last year (European regulators have grown particularly strict), the entire world needs follow. Otherwise greed always wins.