While KYC is usually discussed in terms of the information individuals must provide to onboarding institutions, Corporate KYC procedures tend to be more detailed, complicated, and by extension costly. Here we discuss the challenges of Corporate KYC and the solutions that are becoming available to overcome them. 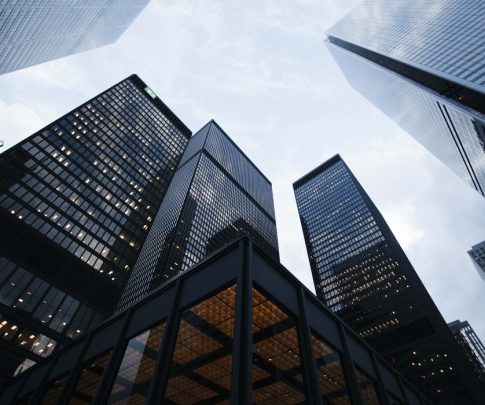 Know Your Customer (KYC) protocols form the cornerstone of global financial AML/CTF (Anti-Money Laundering / Counter-Terrorist Financing) regulations. KYC information can involve anything from basic data such as a customer’s name and address, to more detailed credentials such as their sources of income, business activity, political connections, and more.

While KYC is usually discussed in terms of the information individuals must provide Financial Institutions (FIs) – and more recently VASPs – the information that FIs need to receive from companies they onboard as clients tends to be more detailed and complicated.

Often having to navigate opaque ownership structures spread across multiple, often-unaligned regulatory regimes, the information that FIs need to gather when engaging in transactions with both customers and other vendors can be difficult to keep track of, let alone implement. FIs can have a much more difficult time trying to identify aspects such as who the Ultimate Beneficial Owners (UBOs) of a company are, and what kinds of activities a company’s affiliate, subsidiary or parent companies are involved in.

One of the first problems any FI will encounter when attempting to verify the KYC information of a corporate client – particularly those found in other jurisdictions – is the variation and inconsistency of corporate registry information and filing history found around the world.

Some companies may have different names for different divisions of their businesses, while their ownership might be buried in other layers of holding companies, making UBOs hard to pinpoint.

Solution: FI access to government registries of companies. Countries with developed economies tend to have relatively formalized and consistent corporate registries, for example the UK Companies House. There is also a drive to complete an EU-wide registry of UBOs, however this is still far from complete.

That being said, well-structured, publicly accessible corporate registries are far from widespread when viewed globally. KYC tools that can have the ability and permission to directly access government corporate registries can provide FIs with an invaluable resource for verifying the KYC of their corporate clients.

A recurring challenge for FIs and companies performing corporate KYC are the actual time and resources it takes to manually verify potential customers before onboarding. The time and effort this takes – both for the onboarding institution and the potential client – can lead corporate clients to abandon attempts to be onboarded – or to avoid undertaking them in the first place.

Leading from the last point – time is not the only aspect that can be saved through performing automated KYC checks on companies. According to a landmark survey from Thomson Reuters, large financial institutions with over US$10 billion in revenue saw their KYC costs balloon to about US$150 million a year in 2017, while numbers of KYC personnel had risen nearly five-fold in just a year to 307.

FIs surveyed in subsequent reports continue to expect the costs of undertaking Customer Due Diligence (CDD) and enhanced KYC checks to continue growing over the next years, as regulations become more stringent, detailed and expansive. In fact, the costs of compliance are expected to balloon to the point where they could take up 10% of large FIs’ revenue by 2022.

Solution: It’s clear that as regulatory regimes have expanded and become more demanding, the costs involved for companies to remain compliant has grown in tandem. Automated KYC technologies have the power to offset these costs by reducing the numbers of personnel firms need to dedicate to their KYC divisions, while maintaining, if not improving, the integrity of their insights into their customers.

Corporate KYC challenges do not end following the onboarding of a client. Changes in company structures, ownership and business activities of FI clients can mean that an entity that was compliant and passed a KYC check during an onboarding process might not necessarily be compliant in the future.

Similarly, the evolving nature of AML/CTF regulations around the world means that existing clients that were considered low-risk may need to be recategorized by their financial institutions.

Having to manually and actively keep track of a company’s KYC, risk levels and broader regulatory compliance factors such as its engagement with Politically Exposed Persons (PEPs) or individuals and companies found on sanctions or watch lists can be highly draining on resources, both for FIs and companies.

The dynamic nature of companies and regulatory regimes means that compliance is a continuous process, and not simply a static goal. As a result, KYC monitoring can be so complicated that 12% of corporate clients will even choose to change banks due to KYC-related bureaucracy.

Solution: By employing Ongoing Corporate KYC Monitoring tools such as those offered by KYC-Chain, FIs will be able to automate their continuous risk assessments and focus their resources on running their core business operations.

Thanks to emerging solutions powered by technologies such as AI and blockchain, FIs and the companies seeking to do business with them are finally obtaining more effective and less resource-draining ways to conduct their Corporate KYC.

While Corporate KYC requirements for companies have constituted a growing burden as regulatory requirements have broadened and become more strict over the last few years, the future for Corporate KYC compliance has never looked brighter.