Balancing Technology with Human Insight: AML in 2020 and Beyond

While impressive, giant steps have been made in the way technology is used to optimize global Anti-Money Laundering (AML) efforts, technology still can’t – and probably shouldn’t – replace the role humans have to play in designing and directing AML efforts, research and policy prescriptions. 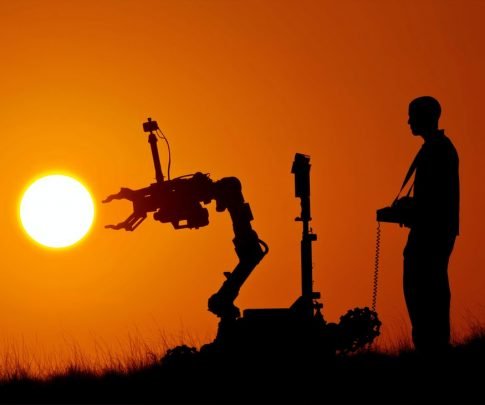 While impressive, giant steps have been made in the way technology is used to optimize global Anti-Money Laundering (AML) efforts, the world’s financial ecosystem continues to be used by criminal actors for a wide range of nefarious purposes and activities.

In parallel, as global regulatory agencies such as the FATF attempt to keep up with constantly-evolving financial crime tactics, they have expanded and deepened AML rules governing how money is stored, transmitted and accounted for in the global financial system.

The definition of what ‘the global financial system’ actually refers to is also expanding, with virtual assets and blockchain technologies creating new spaces for financial transactions to take place, and regulations evolving to include them. The FATF’s expansion of its Travel Rule to include Virtual Asset Service Providers in June 2019 is a clear example of this process.

As AML regulations have evolved to keep up with global financial crime, technology has been developed to facilitate increasingly complicated paths to compliance posed by regulations such as 5AMLD.

However, navigating – and enforcing – the world’s many diverse and expanding regulatory regimes and challenges is a task too complex and nuanced to be left to technology such as Robotic Process Automation (RPA), Artificial Intelligence (AI) and Machine Learning (ML) to tackle autonomously.

Although we now have the digital tools and infrastructure to undertake wide-ranging and detailed AML research and screening, this doesn’t mean that technology – certainly at its current level, and at least for the short and medium future – can replace the role humans have to play in designing and directing AML efforts, research and policy prescriptions.

While many aspects of AML regulations and compliance can be codified, logged and processed using technical tools, the underlying systems that AML efforts are directed at, namely criminal enterprise and ingenuity – are more human, and therefore fluid in nature.

In simple terms, criminal activity, including money laundering, is unpredictable because it has the power of human creativity on its side.

While a human-driven approach to AML technology has always been a given, it has in recent years become clear that the goal of developing technology for AML efforts should not be an attempt to usurp the roles of human compliance professionals. Rather, it should support them in realizing the AML and KYC objectives they need to pursue.

Global consulting firm Accenture recently released a report titled Evolving AML Journey: Operational Transformation of Anti-Money Laundering through Robotic Process Automation. The report notes how financial firms are increasingly burdened with the rising costs of compliance to global AML regulations, with an average financial firm spending US$60 million on compliance annually, while for some larger firms the figure rises to US$500 million.

Within that context of rising compliance costs, it is obvious that technology, in particular RPA, AI and ML, can have a large role to play in reducing the labor costs involved in employing large compliance teams.

However, the report also makes it clear that “Robots will never replace the need for human oversight, judgement and problem solving.”

At KYC-Chain, we can go one step further and argue that humans don’t just have an important role to play in managing the powerful technology we now have to conduct advanced KYC and AML screening – they are essential for continuing to ensure that compliance technology serves, and continues to adapt to, the challenges of humanity.