The European Parliament regularly passes Directives, which are forms of legislation “directed” at the 28 member states. They typically focus on results, allowing each country to define the best path to success for their jurisdiction. 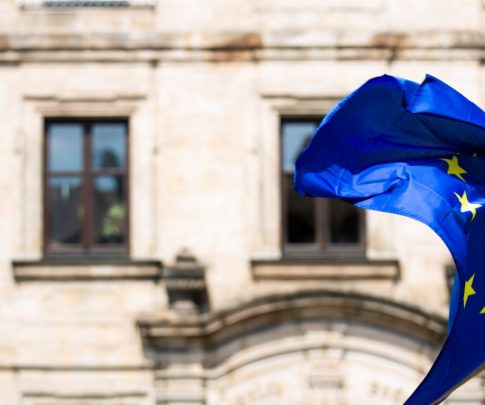 The directives are designed to tackle international threats, like global warming and corruption, more effectively. In 1990, the European Union passed the 1st anti-money laundering Directive (1AMLD) in order to constrict the flow of illegally acquired money back into the financial system.

The key change introduced by the first AML directive was that entities now needed to perform customer due diligence checks before doing business. This measure was designed to ensure that all transacted funds were acquired legally.

Since the 1990s, the legislation has been continuously revised and improved in order to minimize the threat of money laundering. The 4th AML Directive (4AMLD) was passed in 2015 and came into force in 2017. It introduced a raft of new measures including enhanced scrutiny for politically exposed persons (PEPs), a lower threshold for customer due diligence and stricter requirements regarding beneficial ownership.

With this context in mind, let’s now look at the most recent piece of legislation: the 5th AML Directive (5AMLD).

What is the 5th AML Directive?

The 5AMLD was published on the 19th of June 2018 and provided a major update to the 4AMLD passed three years previously.

The new legislation was crafted in the context of the Paris and Brussels terrorist attacks, as well as the leaked Panama Papers in April 2016. As a result, 5AMLD introduced significantly stricter due diligence requirements for entities, and ended the anonymity of bank and savings accounts.

Let’s look at the most important changes in more detail.

Clearly 5AMLD is going to have a huge impact on cryptocurrency platforms, but legislation also paves the way for new innovation. The more guidance we receive from the EU and others, the less uncertainty entrepreneurs have to deal with.

The key is to operate in good faith and try to maximize transparency with both your customers and the regulator.

Individuals from Tunisia, Vanuatu, Ethiopia and other countries deemed “high-risk” by the EU will be subject to even greater due diligence check when using European businesses. 5AMLD compels EU member states to treat prospective customers from high-risk states with extreme caution.

When dealing with individuals from any of these countries, entities are obliged to:

With all this in mind, entrepreneurs and business owners need to be aware which countries are listed as “high-risk” and treat residents with enhanced due diligence.

Although 4AMLD began the process of focussing on PEPs, 5AMLD continues this legislation. The 5AMLD requires that EU member states create and publicly release a functional list of PEPs. The list features the name of the positions that are considered to be politically exposed but does not actually name the person who is occupying the position as that changes periodically. The purpose of this is make it easier for compliance teams to identify the PEPs that they should be screening and monitoring for changes to risk.

Keeping and maintaining a functional PEP list does require a significant amount of administration, so companies need to take care that they are meeting compliance expectations.

When it comes to Ultimate Beneficial Ownership (UBO), 5AMLD continues to build on the groundwork laid by 4AMLD. UBO refers to the person who benefits from ownership of an asset (such as a company or real estate) or has the power to influence or vote on transaction decisions regarding the asset. 5AMLD takes the following measures in regards to UBO: